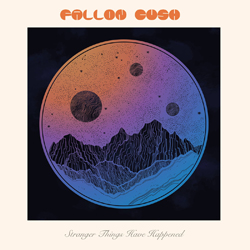 The title of  ‘Stranger Things Have Happened’, the fifth album by Sydney- based power pop/Americana act Fallon Cush, is very apt – this record very nearly didn’t happen. Singer-songwriter Steve Smith, the brains behind the band, has admitted that after finishing their last long-player, 2017’s ‘Morning’, which was fraught with difficulties, he thought that it was the end for them. However, against all odds, they’re back and on the anthemic opener ‘Burn’, they’re in fine form, with big country-rock guitars, warm organ and a killer chorus. END_OF_DOCUMENT_TOKEN_TO_BE_REPLACED