The Tennessee Department of Health Tuesday have revealed that Steve Earle’s son, the singer-songwriter Justin Townes Earle died in August of an accidental “acute combined drug toxicity.” Earle’s family also announced the results of the singer’s autopsy report with a plea to help those struggling with addiction. “Next to alcohol and cocaine, the autopsy report revealed traces of fentanyl indicating that that usage of fentanyl-laced cocaine resulted in an overdose,” they wrote. END_OF_DOCUMENT_TOKEN_TO_BE_REPLACED

On the forthcoming album ‘J.T.’ Steve Earle & The Dukes pay tribute to Steve’s late son, Justin Townes Earle (J.T.), who passed away on August 20th, 2020 in Nashville. The album will be released digitally on what would have been Justin’s 39th birthday, January 4th, 2021, via New West Records. END_OF_DOCUMENT_TOKEN_TO_BE_REPLACED

Our unrelenting quest to identify the ‘top 10 americana albums ever’ moves unstoppably on. We have more road behind us than is left in front, but the last miles are set to be as thrilling and enthralling as anything that has gone before. No doubt we will see familiar and celebrated landmarks and the journey is also sure to unearth some little known beauty spots too. Only when this adventure is completed will we be able to look back, count the miles and pick out the highlights. Taking the wheel this week is Russell Murphy who drives himself around the bend, whilst expertly guiding us to some fascinating destinations: END_OF_DOCUMENT_TOKEN_TO_BE_REPLACED

Steve Earle has announced a new album of covers of songs written by his son, the late Justin Townes Earle who died last month at the age of 38. Steve Earle and the Dukes plan to record the album next month, with a release scheduled for January 2021 to coincide with what would have been Justin’s 39th birthday. END_OF_DOCUMENT_TOKEN_TO_BE_REPLACED

Justin Townes Earle’s death at the age of 38 on 23rd August was announced on his social media without any confirmation of the cause of death. There has been considerable interest in the mainstream media with speculation that his was a drug-related death, due to his well-publicised struggles with alcohol and chemical dependencies. It will be another tragedy if he is largely remembered for his addictions and early death given the quality of his songwriting and music that will be his true legacy. END_OF_DOCUMENT_TOKEN_TO_BE_REPLACED

Some very sad news to wake up to on a Monday morning – Justin Townes Earle, americana singer-songwriter and son of Steve, has died at the age of 38. On a post on his Instagram page, it states: “It is with tremendous sadness that we inform you of the passing of our son, husband, father and friend Justin. So many of you have relied on his music and lyrics over the years and we hope that his music will continue to guide you on your journeys.” END_OF_DOCUMENT_TOKEN_TO_BE_REPLACED

When you are the firstborn of one of americana’s iconic roots musicians AND given the name of one of the great songwriters of his era, it’s kinda preordained that you will end up in this business, one way or another. Justin Townes Earle – JTE – son of Steve, named after dad’s idol, Townes Van Zandt, has carved himself a piece of americana that was perhaps unlikely given the number of chairs thrown in his path in the shape of addictions in his early years. END_OF_DOCUMENT_TOKEN_TO_BE_REPLACED

We leave you this weekend dearest of readers with news that Justin Townes Earle has announced news of a new album – due out May 25th on the New West label, ‘The Saint of Lost Causes’ sees Earle reunite with his erstwhile producer Adam Bednarik in Nashville following his sojourn to Omaha for 2017’s ‘Kids in the Street’ record which he recorded with Bright Eyes’ Mike Mogis (which coincidentally used to be the name of my rabbit – Bright Eyes that is, not Mike Mogis).  END_OF_DOCUMENT_TOKEN_TO_BE_REPLACED

Oh crikey, this is looking like it’s going to be an event and a half. What’s probably turning into the UK’s biggest americana and country music festival has just announced some more names to its line-up for this year, and some of them are huge, including: sister trio The Staves who toured with First Aid Kit last year; Country Music Hall of Fame inductee and global legend Kris Kristofferson who’ll be playing with the late Merle Haggard’s band The Strangers; and erstwhile New Pornographer Neko Case. You can see the new full line-up below, with more names to be announced. END_OF_DOCUMENT_TOKEN_TO_BE_REPLACED 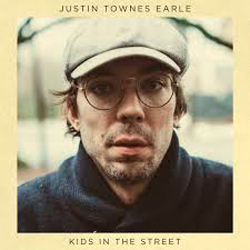 For his eighth album Justin Townes Earle has adopted some different approaches. It’s the first time he has worked with a producer (Mike Mogis -Bright Eyes and First Aid Kit) and the first album he’s recorded out with Nashville, travelling to Omaha, Nebraska to lay it down. On a more personal level Earle says, “Life has changed a lot for me in the last few years. I got married and am ready to become a father and this is the first record I’ve written since I got married… When I wrote songs in the past, I was looking in on what I was feeling but this record’s about looking outward on what’s happening.” One or all of these circumstances have certainly worked as Kids In The Street is as good as any of his previous releases but also its perhaps his most consistently entertaining disc. END_OF_DOCUMENT_TOKEN_TO_BE_REPLACED