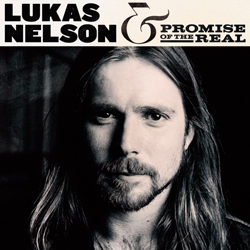 Just signed to Fantasy Records and for the last two years the backing band for rock royalty in Neil Young, Lukas Nelson, son of Willie Nelson, and his band are releasing an album at the end of August. Described as country soul, the self titled album is the band’s third full length release and features Lady Gaga on backing vocals on a couple of the songs.

The band will be playing some live dates in the UK in late October and they also have an appearance on Jools Holland’s Later lined up. You can hear three of the songs from the album here