As many of you will no doubt appreciate early Americana is deep-rooted in traditional Celtic folk music that emigrated over to North America from Scotland and Ireland.  No surprise then that Ayrshire born Norrie McCulloch is fully at home and at ease bringing together Celtic folk and Americana in this his fourth album ‘Compass.’ This pleasantly constructed, thoughtfully produced album brings to mind the songs and sounds of  Neil Young, Townes Van Zandt, The Grateful Dead with some Eagles-esque harmonies making it a delightfully easy on the ear, songwriting tour de force.

END_OF_DOCUMENT_TOKEN_TO_BE_REPLACED

Scottish songwriter Norrie McCulloch comes from stout Ayrshire stock, the same soil that nurtured the likes of Bill Shankly and two of Scotland’s finest writers, the brothers William and Hugh McIlvanney. And just as this trio left Ayrshire to achieve acclaim in their respective fields while never letting anyone forget about their roots, McCulloch, despite working in an Americana folk/country vein, has held on to his roots. He sings without any American pretence, his record label, Black Dust, is so named as a memorial to his grandfather and others, victims of the deadly coal dust which filled their lungs. More importantly, over the course of three albums, he has become one of Scotland’s foremost singer songwriters, fusing the melancholic beauty of Townes Van Zandt’s Texas with Scotland’s proud heritage, from Robert Burns to Bert Jansch and beyond. END_OF_DOCUMENT_TOKEN_TO_BE_REPLACED

Fretboard warrior, purveyor of all things six-string, and pedal steel supremo, Iain Sloan has been soundtracking the UK Americana scene for a number of years predominantly with The Wynntown Marshals, Scotland’s finest alt.country band, and latterly with the likes of indie folksters Blue Rose Code and the legendary Peter Bruntnell.   Americana-UK catches up with Sloan inbetween practice and school runs to chat through life on the road and have a rummage through the glove box. END_OF_DOCUMENT_TOKEN_TO_BE_REPLACED 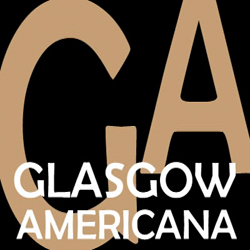 Now in its 11th year, Glasgow Americana brightened up the dark nights coming in as we prepare for winter. Over five days the festival provided a strong set of concerts which showcased some of the brightest talents from the Scottish roots scene along with the usual complement of visiting stars. Altogether over 20 acts appeared at several venues across the city with many of the shows selling out, the venues including converted churches, a brewery, tiny pub back rooms and, according to Michael Weston King of My Darling Clementine, a squash court. As often happens when such a lot of music is squeezed into such a tight time line there were clashes meaning your correspondent had to forego some shows however online comments and actual chat with those who had gone to those shows beamed back with positive smiles and thumbs up. There was a fine mix of standard gigs featuring a headliner along with a couple of portmanteau shows offering a range of acts playing shorter sets. END_OF_DOCUMENT_TOKEN_TO_BE_REPLACED