Teenage Fanclub are back after the departure of their founding bassist-singer Gerard Lovetap and there’s a bit of a new vibe to their first song ‘Everything is Falling Apart’ which you can watch the video for below. It’s a bit less jaunty than the Fannies of recent years, with lines such as “Walk, don’t run, but run from the miserablites / Who believe in no fun, unless it’s what they think is right.” Which miserablite are they talking about? END_OF_DOCUMENT_TOKEN_TO_BE_REPLACED

Some sad news this morning from the lovely Teenage Fanclub who’ve announced that the band will part ways with their bassist Gerard Love at the end of this year after 30 years – to put that into context, Mrs Thatcher was still prime minister, Maureen Lipman was doing BT adverts instead of shouting at Jeremy Corbyn, and nobody had Googled anything. Love will play remaining dates with the band for the rest of this year, which means his last one will take place on November 15 at London’s Electric Ballroom. There are still limited tickets available for some shows. END_OF_DOCUMENT_TOKEN_TO_BE_REPLACED 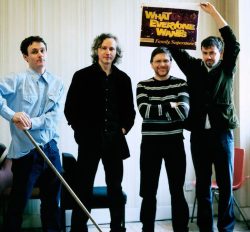 Possibly the loveliest band to ever exist Teenage Fanclub have announced a UK tour this October/November which sees them play  Glasgow, Manchester, Birmingham and London on the Songs From Teenage Fanclub: The Creation Records Years tour – the venues are small, so they will be playing three nights in every city, featuring tracks from their Creation Records era –  The first from between 1991-1993, the second from between 1994-1997, and the third between 1998-2000. END_OF_DOCUMENT_TOKEN_TO_BE_REPLACED 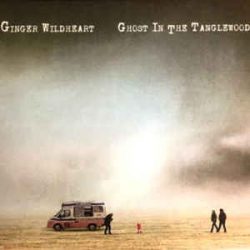 There’s a dichotomy at the heart of these songs – they are generally explorations of mental illness and especially Wildheart’s struggle with depression, and yet the songs sound joyous. ‘Daylight Hotel’ which opens the record was penned whilst he was in hospital receiving treatment and it sounds like a celebration, a big rousing chorus, a call for recovery. It is a refreshing change from the usual maudlin self-centred responses to the issue. END_OF_DOCUMENT_TOKEN_TO_BE_REPLACED