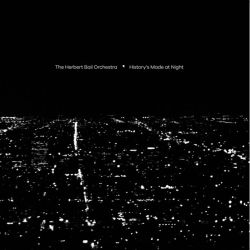 A new name to this reviewer, this Los Angeles band’s second album is a lovely mix of the quietly intense and the anthemic that fuses Americana, blues and soul. They’re named after main man Anthony Fratolillo’s grandfather, while the album title is taken from ‘Mountain Bar’ and refers to an epic gig one night which nobody wanted to end and came to mark the true creation point of the band.

Things kick off with the anthemic ‘Hometown Honey’, which recalls Calexico in its use of brass and slow build. Throughout the album comparisons to Springsteen’s more low key moments could legitimately be made, although Fratolillo’s voice has more naked emotion in it, as on the more subtle and aching ‘Cherokee’. He writes songs about memory and it’s importance as well as the more expected power of love and road life, with ‘Headed North Again’ covering all of this in one hit while on ‘You Are Beautiful’ the band bring everything they’ve got and in so doing create a hugely powerful piece. By contrast on ‘Shine’ there’s just an acoustic guitar to accompany the heartfelt vocals. Things draw to a close, appropriately enough, with ‘The Road Home’ and we’re done, but this is an album you can put on and luxuriate in repeatedly, and indeed should.