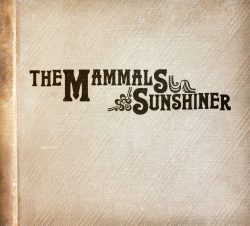 This album of fully instrumented folk is joyous, hopeful and highly political. An earlier incarnation of the group was active in the early 2000s but then took a nine-year break. The impetus for its return was, according to the band’s publicity material, ‘November 2016’ – a reference to the election of Donald Trump as U.S. president. Virtually every track espouses a political cause – making the world a better place, caring for the homeless, rejecting artificial standards of female beauty, embracing environmental protection and so on. And the sound on many of the tracks comes close to being the folk version of the producer Phil Spector’s famed wall of sound.

One can imagine that this band, from New York State, is a fabulous group to see in concert, romping across the stage, playing the instruments for all they’re worth and raising the roof. And there’s nothing wrong with mixing music and politics – not a thing in the world.

The drawback here, though, is twofold. First, such a dense sonic landscape makes it difficult to distinguish the different instruments and appreciate their beauty. Sometimes one song can sound quite like the one before.

Secondly, the politics tends to be declamatory – told, in general, not through the lives of three-dimensional characters but instead through verses that can come off as preachy.

That’s OK, as far as it goes. But the homeless person – in a song about homelessness – appears for all of about 10 seconds. How much more effective it would be to take the listener inside the life of that person, to make us feel rather than tell us what to do.

On record, the wall of sound can get a little repetitive. And then – just when the listener is longing, say, for a heartfelt ballad backed by a fingerpicked guitar, the album takes a turn for the better.

The last three songs on this 14-track CD are slow and beautiful. For example, ‘My Baby Drinks Water’ begins a cappella before a bass comes in to underpin the singing. It’s still a let’s-not-pollute-the water song, but at least the characters – a mother concerned about the health of the baby she’s nursing – stay with us throughout.

These are talented musicians with their hearts in the right place who make a joyful noise. They’re bound to put on a great live show – one worth paying to see. One just hopes that in the future they’ll give us fuller characters, ones we can inhabit, and songs that make us feel rather than tell us what to think.

The Mammals reunite to produce a highly political, fully instrumented album on the folk side of Americana