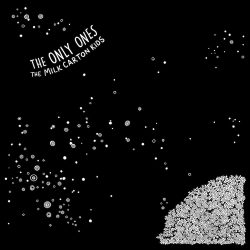 With ‘The Only Ones,’ The Milk Carton Kids go back to their roots: acoustic guitars and ethereal harmonies delivering lyrics that detail all the emotions love evokes. Musical duos will inevitably be compared to those that came before, and while The Milk Carton Kids conjure everyone from Simon and Garfunkel to the O’Kanes, ‘The Only Ones’ prove they can confidently hold their own, alongside their influences.

Kenneth Pattengale and Joey Ryan have been touring and building a sizable audience for the better part of a decade now. They’ve been twice nominated for a Grammy (for Best Folk Album for 2013’s ‘The Ash & Clay’ and Best American Roots Performance for ‘The City of Our Lady’ from their third album, ‘Monterey.’) They’ve also exposed their sparkling personalities by hosting the Americana Honors & Awards for two years in a row.

‘The Only Ones’ is an exercise in substantive brevity. Clocking in at just under half an hour, it makes its point without overstaying its welcome, yet doesn’t feel too short. From the quietly heartbreaking, yet reluctantly accepting, opener ‘I Meant Every World I Said’ to the possibilities of new adventures and overcoming one’s problems on the hopeful title track, ‘The Only Ones’ is a quiet, beautiful listen, although not all songs go for the usual boy-loves-girl-boy-pines-for-girl formula. ‘My Name is Ana’ is a powerful statement that could be describing the days of Nazi Germany or modern-day America. That they make no distinction either way (except for a passing reference to a TV) makes the message even more powerful.