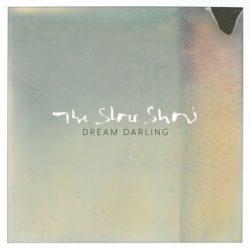 Quirky and eclectic the music and vocals of Rob Goodwin are undeniable. In many ways The Slow Show breathe fresh air into the scene as the five-man unit take the listener away from the predictable and sometimes mundane work of all too many bands. The band’s debut album of last year, White Water was a more aggressive and urgent album in comparison, but such is the compelling manner of Goodwin’s story-telling, and spare instrumental arrangements provided by band members Fred Kindt (keyboards), Joel Byrne-McCullough (guitar), James Longden (bass) and Chris Hough (drums) the listener becomes trapped the instant the needle drops into the groove. Added to the above as a bonus Goodwin is joined on vocals on “Hurt” and “Last Man Standing” by Manchester vocalist Kesha Ellis. On the latter he speaks with no little passion of a man jilted-at-the-altar and of ‘the tears in his eye’.

Recorded over long hours in the Lake District, the band worked till around two in the morning. In doing so the general tone of the record and title were shaped. Lead vocalist Goodwin and Kindt both suffered personal loss as recording of the about was about to start. The opening track “Strangers Now” speaks of the abrupt end of a 12-year relationship, and with a swirling production the record is immediately up and running.

While it’s not my favourite track “Ordinary Lives” contains a greater impact and with Goodwin learning to become a better singer than on the band’s debut recording (that took four years from the band forming to make) with his potent, brooding tones lead the listener through the sombre and totally captivating “Dry To My Bones” to go with wistful ballad “Brawling Tonight”. More dreamy sounds like those on the opening track rear on the artful, instrumental (other than some choral like harmonies) “Brick”.