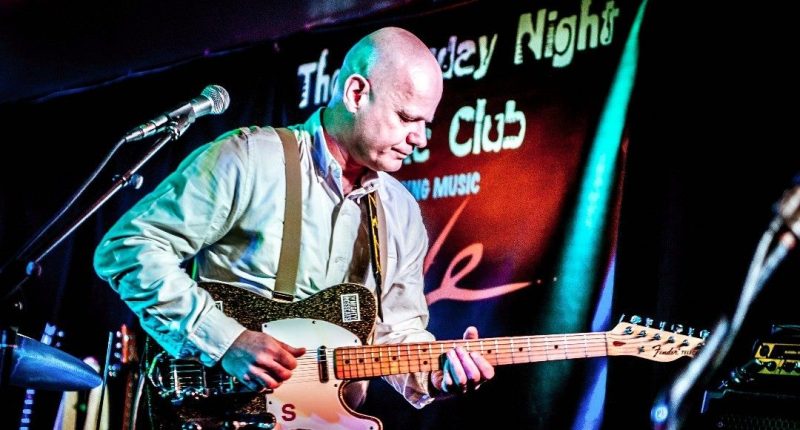 Experiences in life are what chisels us into who we are and each new blow shapes us further, for good or for bad. With this in mind an opportunity arose last year to do 5 shows in Moscow and it took no further time than a nanosecond to agree to do them. I felt like been shaped a little more, in a good way.

But first a little background. I started my youth wanting to do music professionally; my father, a fine pianist, encouraged me with great gusto to ‘just do it’, whilst mum wanted academia to come a calling. They both got their wishes as I eventually attended Leeds college of music to study guitar and got a degree in music, keeping both on the sweet side. What followed for a few years was professional shows for variety acts, summer seasons and theatre tours. I played for Charlie Drake, Ronnie Corbett, Dana and Tony Christie to name a few. All great acts but not really where I wanted to be. So, the guitar went into storage and I started a new journey on the 9 to 5 route, enjoying music rather than making it. A tough choice but we all have more than one career in us and needs must.

Roll on 20+ years or so and I had an epiphany in a local jam session where I got up to play, and after all that time I sounded terrible, but something changed; I felt musical enjoyment return and I was hooked again. I immediately formed a band and from 2010 set my sights on writing, recording, playing and releasing albums. So far, I’ve got 11 out there and have been nominated several times in the UK blues awards as a writer and producer of albums. It was because of this profile the Russia offer was kindly placed.

Back to Russia. I was offered the dates by an incredible character called Boris Litvintsev who single-handed keeps the blues alive in Moscow through his promotion and hot draft production company. Calling his venture just blues does him a disservice since his acts do cover more Americana style music but with a blues influence. He is passionate about music and his infectious eagerness, enthusiasm and hospitality is par to none. He specialises in UK acts, his ‘UK Blues Invasion’ as he promotes it. 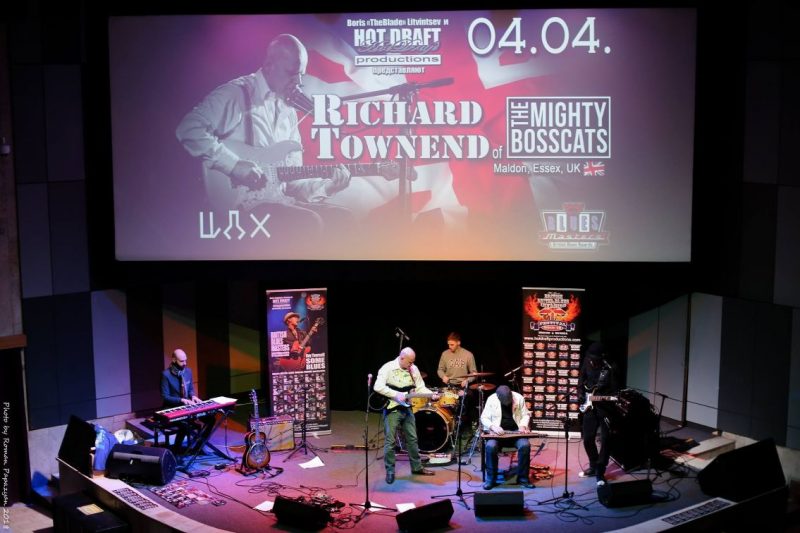 As I am a product of the Cold War era the idea of visiting this communist country, meeting its people and seeing the life of those living there fascinated me. Songs are documents of life and my expectation was that this could provide enough documents to open a library.

Once dates were agreed, the travel arrangements made, formalities were signed and sealed my CDs were sent to the musicians in Russia to learn the tunes. It is a principle I have tried to adhere to that sets are usually 100% original tunes from the albums; however if someone requests a cover I do try to oblige (‘Aint No Love’ is a favourite!)  Cover songs are just someone’s originals anyway so why not try to promote your own first? It’s what you write them for!

The first show of this tour was in the renowned Kozlov Jazz club. The band arrived, we said hello, sound checked by topping and tailing the 20+ songs and then we were off, faster than a hare chased by a pack of greyhounds on speed. The standard of musicianship was a delight to behold, 20 original songs played perfectly including backing vocals! What stars these guys were. Music is a greater leveller and bringer together of people and there’s nothing as tremendous as relaxing into a set with that comfortable feeling on stage. These guys know how to rock n roll and lay with such empathy that it was almost like we’d been a band for years. We clicked. The audience were wonderfully appreciative- pleasant, polite and eager for merchandise, a win-win combination.

I also had opportunity to do a national radio show and even do a busk session on the streets of Moscow. I do believe there’s a video of that somewhere on YouTube.  The city is a marvel with the pomp and circumstances of the red square guard change, the buildings dripping with history and the Kremlin imposing its shadow over the cityscape both physically and mentally. The tubes are incredibly clean and seemed to be efficient while the trams are something from the 40’s but still work; travel on public transport is incredibly cheap. We used the tube to get to most of the gigs – just as well, Boris drove his car like Jake Elwood chased by those cops in the final scenes of The Blues Brothers. I always checked to see if there was any rubber left on the wheels when getting in it.

A gig in the Rhythm and Blues Café came a calling on the itinerary,  a smashing central Moscow establishment which specialises as a food and live music venue.  I was unaware that this night was recorded but a year later the ‘tapes’ surfaced and were sent over to me. I immediately sent them to David Booth at the Recording Booth in Suffolk who mixed and mastered for a release, and he did a damn fine job. David has recorded and co-produced my last 10 albums – talk about repeat business! It was also such a pleasure to hear the guys play again a year on – boy they did a great job.

My last studio album ‘Ticket to Memphis’ was released at the end of March/April 2020 and contains these Moscow inspired songs, and now, thanks to this trip it is accompanied with a new release ‘Live in Moscow’ out July 2020. The live band line up was: