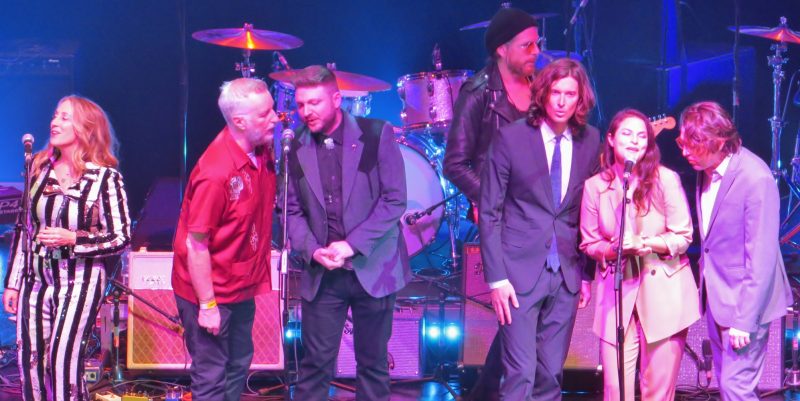 This year’s event was in the heart of London’s East End, representing how the epicentre of the city’s music venues is shifting eastwards. Host Bob Harris has had almost half a century to practice but he still did a wonderfully balanced job of pitching the enthusiasm on the right side of gushing and his breadth of knowledge always applied to make a broader point. He jests, “I’m glad to be here. I’m glad to be anywhere” – with reference to his well-publicised health scare last summer and quickly acknowledges Keith Richards as the source of this apercu.

One quirk of the awards roster is that all the voted-for awards went to women, which AMA-UK CEO Stevie Freeman gleefully brings to our attention. The beautiful awards are shaped as old style 45s and called a Woody, partly as they’re made from wood and partly…well, you can work that out.  Another Freeman – Jamie this time – took the stage to perform his UK song of the year nomination ‘The Fire‘. 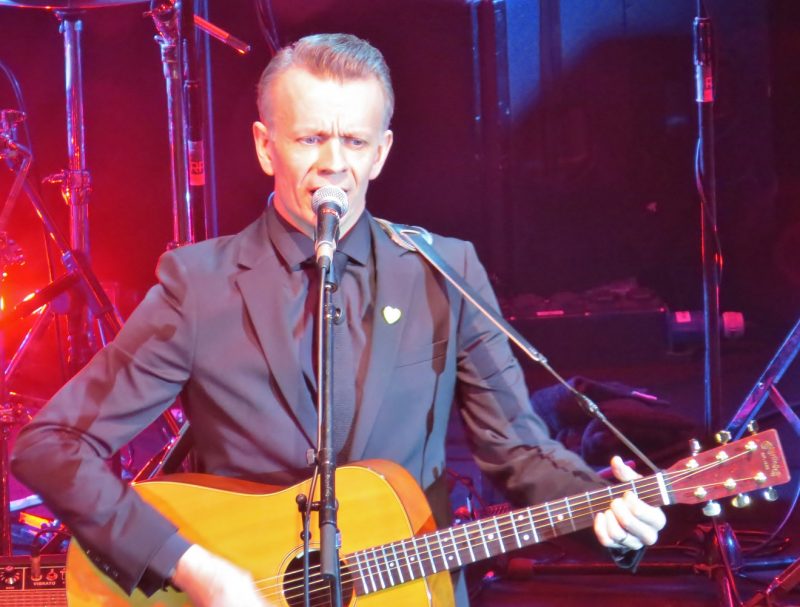 The Milk Carton Kids outlined how the Americana community unifies “geeks, nerds, weirdos and stoners” and we laugh, albeit that is surely other people. That c-word, community, pops up a lot and it’s hard to deny. 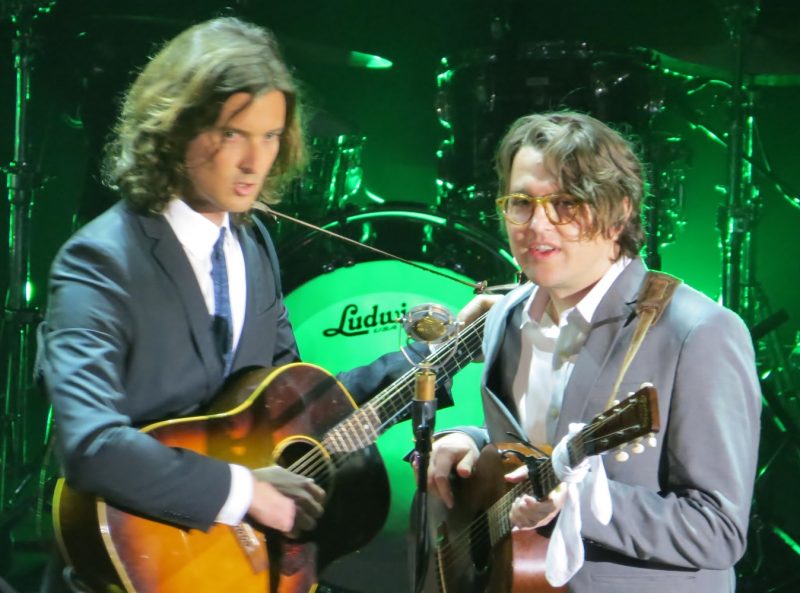 It’s not all acoustic guitars by any means, with a superb contribution from The Felice Brothers electrifying the evening. 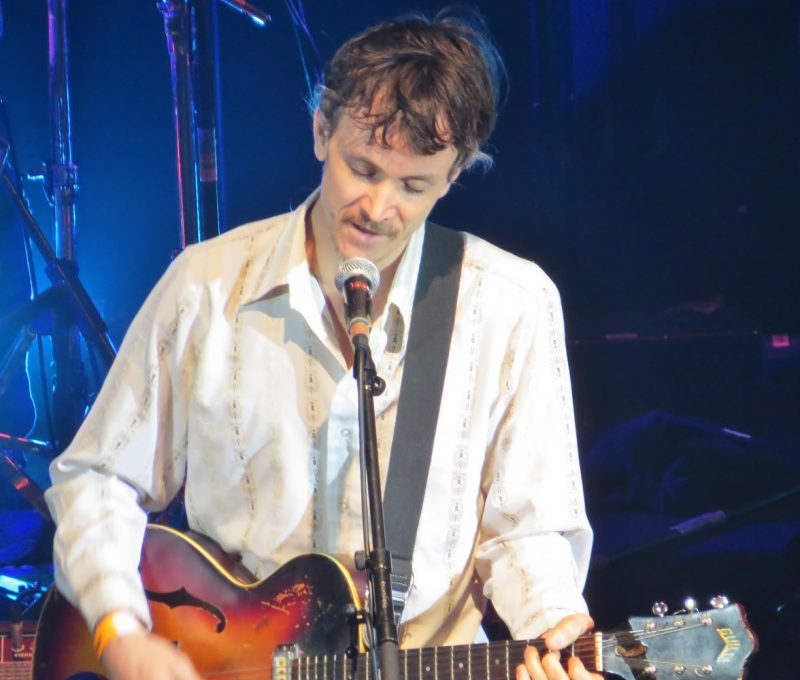 Joan Armatrading seemed almost baffled when she took to the stage, candidly admitting that she is periodically shortlisted but very rarely picks up the gongs. 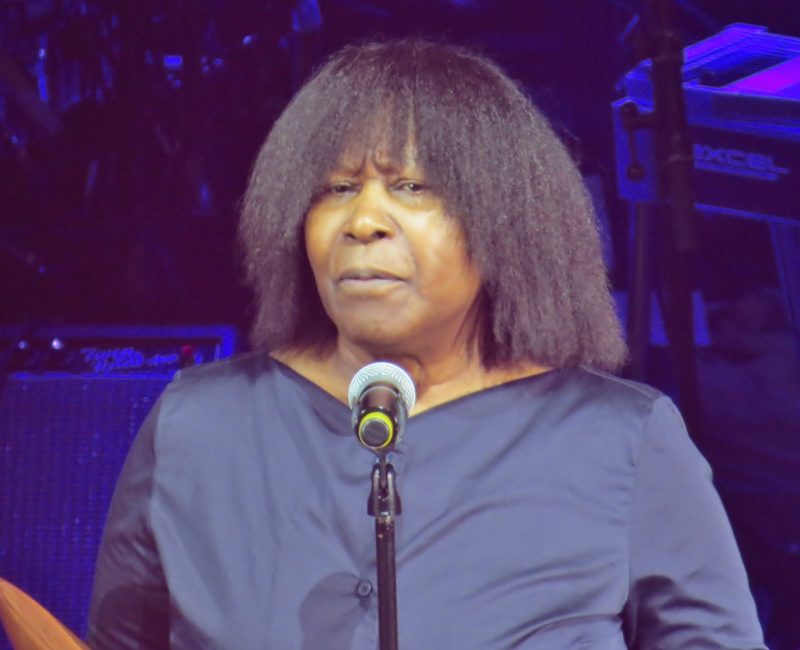 Apart from the live acts and award winners, the presenters were a glittering array of long term and current standouts. To name a few, Paul Gambaccini – who produces that ancient artefact known as the 8 track cartridge to show his first encounter with Joan Armatrading’s music –  Brandi Clark, Brian Fallon of Gaslight Anthem, Mary Chapin Carpenter, and Paul Carrack. Ethan Johns keeps it simple and sums up Bob Harris as “an effing legend.” 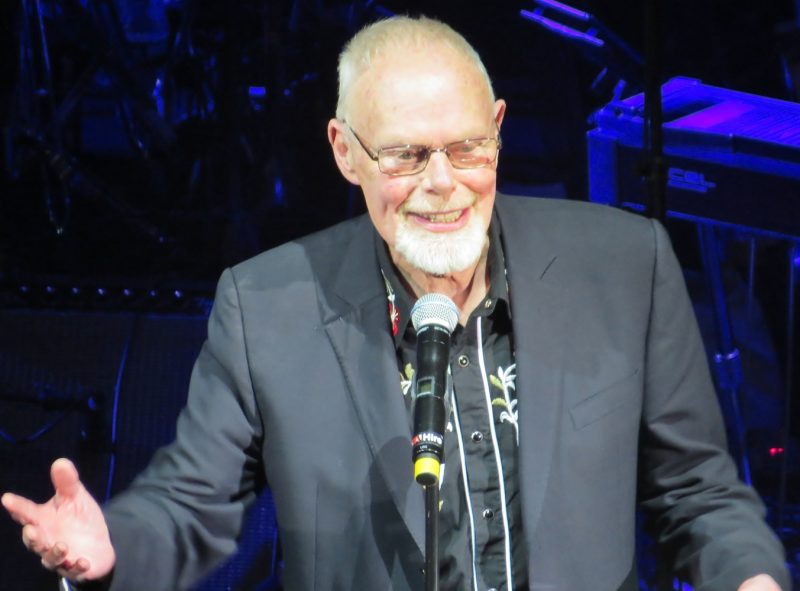 Mark Whitfield accepted his award for his Grassroots heroism on this very website, and mentioned his lack of musicianship and – get this – limited knowledge of the Americana canon. He namechecked youthful aural pleasures including Pighead Destroyer. Or maybe it was Destroyed Pighead. Not The Carter Family, either way. As a writer, he certainly has a particular style, his wit always present but never losing sight of his insight into the music. 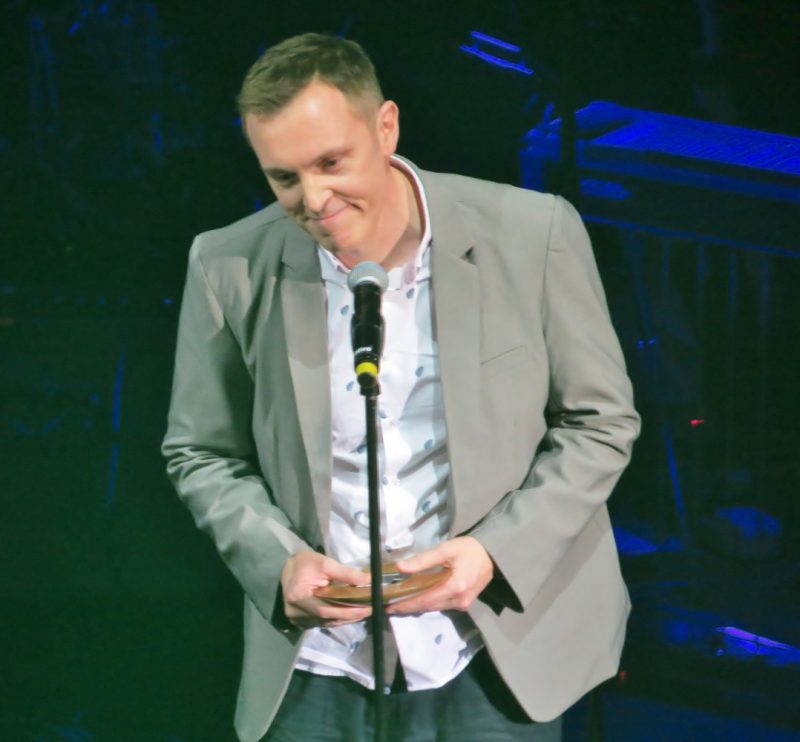 Perhaps the standout live performance was Billy Bragg with Peter Donegan playing ‘Rock Island Line’ which just bristled with pace and energy. Authenticity? You really felt like you were on a 1930s train. Amy Speace, prior  to offering up her award winning song ‘Me and the Ghost of Charlemagne’,  gave a particularly poignant speech referring to her father’s recent passing and how proud he’d be that she had achieved this, “without going to law school.” 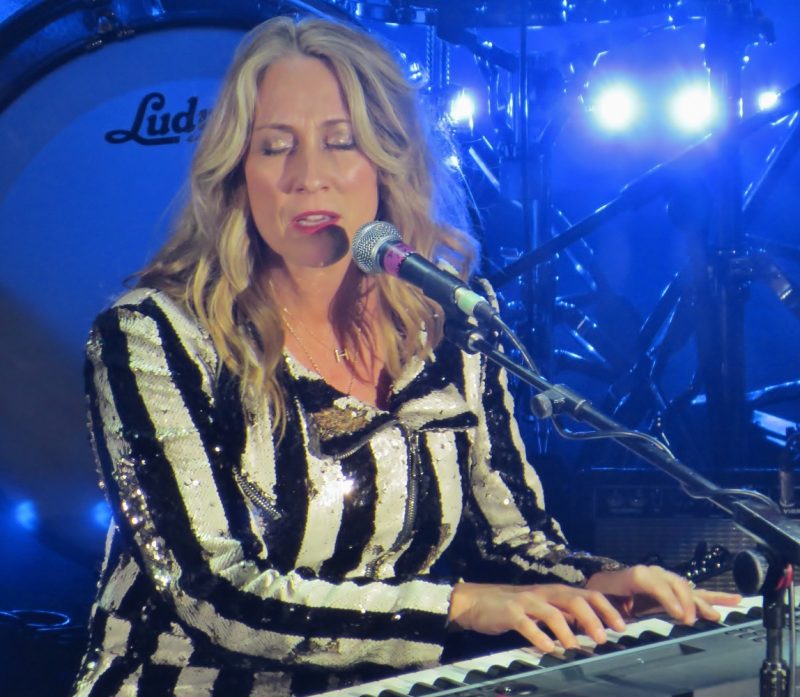 Ferris and Sylvester performed a wonderfully energised track and their debut album should be a treat based on recent live outings.  And Trailblazer Award winner Nick Lowe played his punchy recent song ‘Love Starvation’, in the best tradition of his Chart Singles of yesteryear. 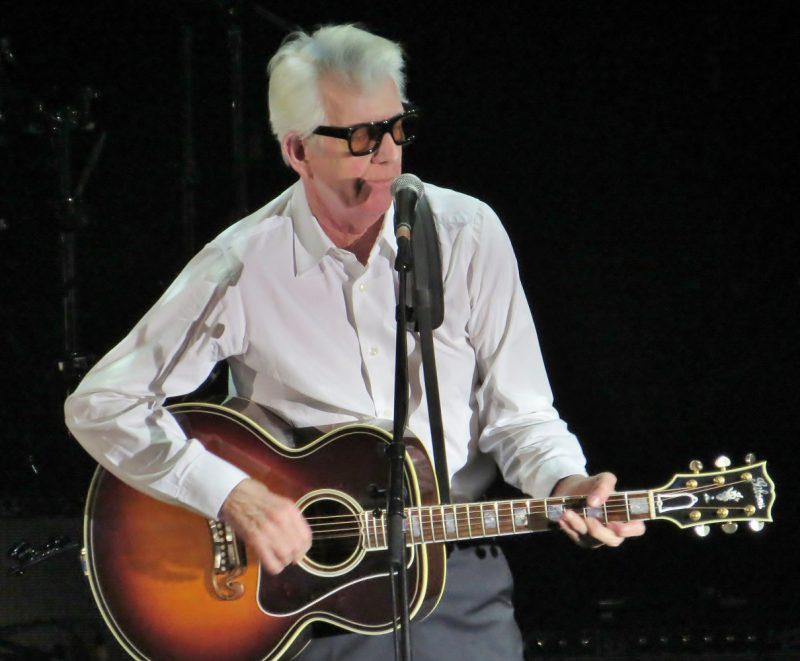 The final musical notes were delivered by all the assembled performers under the musical direction of Jonathan Wilson packing the stage for John Prine’s timeless classic ‘Angel From Montgomery’. 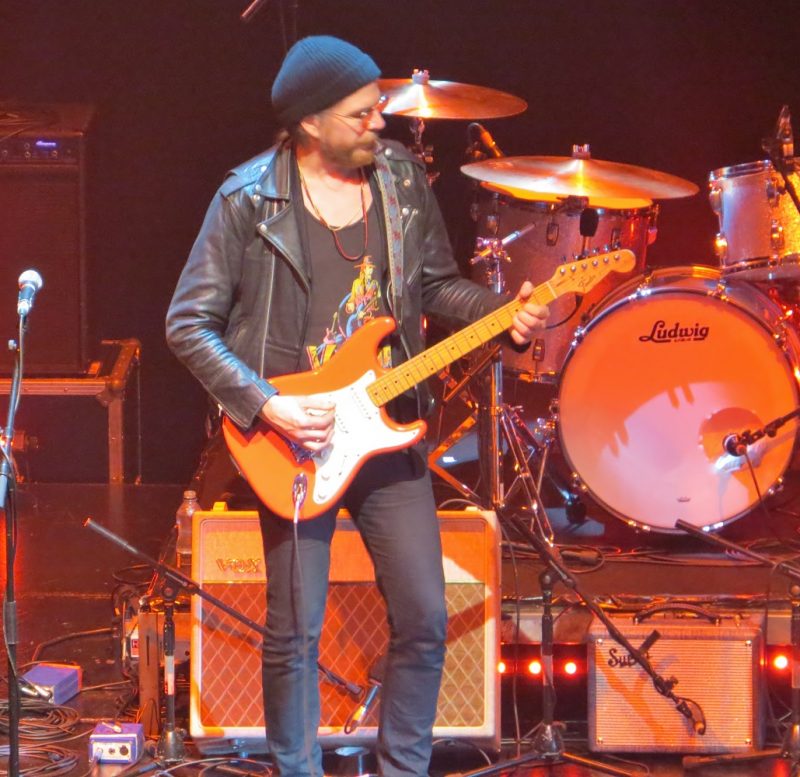 And then it was just on to the after-party, to rub shoulders with the great and the good and argue – once more – over just what this Americana thing is anyway.