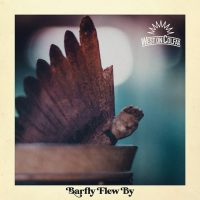 Drive thru the In-N-Out Burger, head out to the canyon or wherever you won’t get pulled over with that dime bag of weed, turn up the car stereo and chill out to that new band from… Preston. This debut album from West On Colfax abounds with Western themes, and the gods of Americana have conspired to bestow on this quintet a sound that is rich with experience, yet fresh with the fervour of new beginnings all in one roll of the dice.

The sound has been described, accurately, as somewhere between Teenage Fanclub and Son Volt. They have a natural tendency to reign in the melodic West Coast-style hooks when they become too sunny, automatically changing gear back to gritty mid-western alt-country. The band’s name is inspired by The Delines album, Colfax – and it’s bands such as Richmond Fontaine and Son Volt who are the real driving force behind WOC.

Opener ‘Choke Hold’, although not one of the stronger tracks, serves to set the scene. Vocalist Alan Hay strangely evokes James Taylor with Lancastrian roots while bold, well-crafted rhythm guitars play high in the mix. ‘The Line’ is bass player and chief lyricist Scott Carey’s first-ever offering, which deserves a mention – especially bearing in mind the tight songwriting partnership he and Hay have since developed. It was also the first track recorded by WOC, a song of love, loss, hope – the usual, in their words; but resplendent in its simplicity. Incidentally, the second, ‘The Stars’ wasn’t included on ‘Barfly Flew By’ but the video was posted on these pages back in Sept 2018 by Jeremy (Searle, AUK Deputy Editor) and is a must-see example of Americana nostalgia video (look it up in the archives).

In truth, however atmospheric the production from the studio team, and however solid the performances from the band that created this proxy sound experience – and the sound IS born from the plains of the Southern States – ‘Barfly Flew By’ does retain a fair amount of British stiff upper lip so far. The second half is when things tangibly loosen up and the band start to sound like they’re enjoying themselves. There’s a paradox here that runs deep into the heritage of American traditional music in that this seems to occur as the subject matter falls into sombre territory. The title track and ‘Cowgirl Of The County’ are ‘drunk like daddy’ type songs, mired in misery, yet all the more dynamic in the delivery for it.

‘This Ole Heart’ again shows strength in simplicity where others might be exposed. The sparse piano and bass patterns jostle as Hay grieves, “Been laying it, on the line/all this time, but you won’t be mine” in a saloon gramophone effect which draws the listener in as you remember how he feels. Carey pays tribute to Betty and Zorg in his next lyric ‘Tinsel Heart’ and it’s as close as we come to swinging, as Mike Lambert’s crashing cymbals become a metaphor for the sweetheart heroine of Betty Blue while the guitars swirl around Coral-esque to remind the listener what country sounds like up north.

‘Barfly Flew By‘ is ultimately hit and miss, with lots to like. Tracks like ‘Tyre Marks’ badly want to do what comes naturally for Lucinda Williams but falls some way short. The lyrics can be clumsy, sometimes a little bland but that is to make unfair comparisons. These guys recently started out putting on Americana nights in Preston. Scott Carey has started up his own Americana label Greenhorse Records, and ‘Barfly Flew By’ is a worthy debut and undoubtedly worth cruising out to the canyon with a burger and a bag of weed for.

Authentic debut of careworn country rock. We give you Western from Preston.