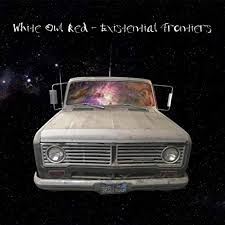 There are certain albums that cry out to be the soundtrack to a long road trip and White Owl Red’s third album ‘Existential Frontiers’ is one of those, whether you’re driving from Nashville to Memphis or Norwich to Middlesbrough. The album gets off to an excellent start with the Dylanesque title song, with its ‘Subterranean Homesick Blues’ feel, set to a chugalug, loping rhythm. Other highlights are the rocky ‘I’m A Saint’ with its distorted vocals and guitars, ‘More More More’ which builds slowly and incorporates the superb, soulful vocals of Leah Tysse towards the end of the song.

The most interesting track on the album is ‘Union Fight Song’ which wouldn’t sound out of place in the Neil Young angry/protest songbook. Lyrics such as “Don’t gotta worry ‘bout the taxes, ain’t got none to pay, your corporation’s got special exemptions, while our jobs just up and went away” is an example of what the song is all about.  Having started with a Dylan like song, the album ends with another one but this time from an earlier incarnation of the man from Hibbing. ‘Wishing You Well’ has distant echoes of ‘Don’t Think Twice It’s Alright’ with its finger-picked intro, harmonica and a very similar rhythm to the Bobster’s 1962 song.

There are fourteen tracks altogether and whilst one or two fall a bit short of the high standard set by the rest of the album, they all bear repeated listening. White Owl Red is basically the vehicle for the songs of Joseph McManus. He also sings and plays guitar and on the album he’s aided and abetted by Kyle Caprista on drums and Gawain Mathews on guitars with Ben Isaacs guesting on djembe (a rope-tuned West African drum) on ‘Set Free’.  The album has an analogue, old fashioned, valve-amp lo-fi feel which fits perfectly with McManus’s laid-back, effortless vocals. The band are San Francisco based and the whole album has a west coast vibe to it and would probably have sounded a lot different if it had been recorded on the east coast or somewhere like Nashville.

McManus is a bit of a vocal chameleon. As well as the already mentioned Dylanesque vocals, there are resonances on various tracks of Steve Earle, David Byrne, Howe Gelb and Willie Nile amongst others. This isn’t a criticism – it just shows how McManus can mould his voice to a song be it a jaunty, country song like ‘Everything But The Crying’ to the creamy smooth vocal on the gentle ballad ‘Breaking Away’.

So, fill ‘er up, set the Satnav, put ‘Existential Frontiers’ on your sound-system, crank it up and you’re good to go.

The perfect album for a road trip