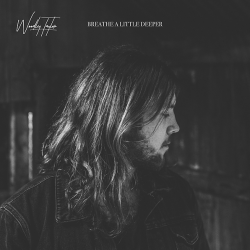 Woodley Taylor’s bio namechecks many of the classic rock acts that echo through this, his debut album. Perhaps Cambridge is a strange location from which one might develop to pay homage to 1970s Los Angeles, but nonetheless it’s a more than accomplished effort. There’s a handful of conventional Americana influences – some twang and acoustic flourishes – but in the interests of full disclosure, one should state that Fleetwood Mac seem to be the biggest influence on Taylor.

There’s big, big choruses (such as in opener Runaway) and Buckingham-esque guitar breaks. The female harmony vocal that’s evident in many tracks adds very much in the Nicks/Buckingham mould (Smoking At Midnight). Pretty Love adds some Bowie/Mott The Hoople glam boogie piano nicely into the mix. At fourteen tracks and sixty four minutes, the album might be a bit lengthy for a debut record. In old money (or hipster new money) it’d stretch to a double vinyl. A few less tracks might make for a more succinct, palatable introduction to Woodley Taylor. However, seventies rock isn’t famed for its brevity …

One for the classic rock fans with shades of all your seventies favourites.