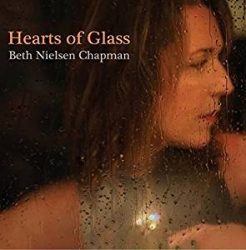 Singer-songwriter Beth Nielsen Chapman is one of those naturals when it comes to singing. She makes it seem effortless to perform finely written pieces, and the fact she writes some extremely good songs does her no harm when it comes to finding suitable material. For her new album BNC has handed the producer role to Sam Ashworth. Son of noted producer Charlie Peacock, the multi-instrumentalist and songwriter fits the bill perfectly. It allows Chapman to concentrate on her vocals, and with most tracks entirely her own work (the only co-write Come To Mine was written with Graham Gouldman and Kevin Montgomery at Chris Difford’s Songwriting Retreat in Somerset) the record is a truly cohesive album.

Utilising the stripped back support on the record, as guitar takes over from her usual choice of piano, BNC also dips back into older material. None come over any finer or poetic than Life Holds On, and with the material sounding as fresh today as the day it was written, she underlines the beauty of the message.

There is a connection to another country music outlaw, Waylon Jennings since the second track on the record Old Church Hymns & Nursery Rhymes was on the latter’s 1980s album “Eagle”. Her albums have in recent times been consistent, and have admittedly housed some peerless songs, but I had become tired of the slickness of it all. Here she is in a better channel. Only on the weary leaden Rage on Rage did I become uninterested, yet even here the play out instrumental work has a welcoming feel. Starting in less thrilling fashion you have You’re Still My Valentine: warmed in accordion, keyboards etc, it did eventually seep into my subconscious, albeit without making too much of a positive impression. It can’t compete with upbeat delight Enough Of Me, as she goes poppy, or the clever Dancer To The Drum. Interestingly, it sounds almost Rodney Crowell-ish in the melody and style of lyrics on a couple of lines.