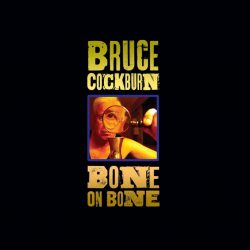 t is expected of a new release from one of Canada’s finest musicians so this new offering after a hiatus of around six years has been eagerly awaited. The good news is that it does not disappoint and keeps getting better after every listen. Cockburn now resident in San Francisco is a new father and this together with new energy and spirituality provided from his local church, from whom he even gets backing vocals on many tracks, has resulted in a fresh and vibrant piece of work which is his 33rd album release since his debut from 1970.

The press release cites an encounter with the poetry of Al Purdy as reigniting the creative juices and the epic track 3 Al Purdys’ is certainly a gem with poetry recited through the eyes of a down and out ranting at the passers-by, the track featuring a great piece of brass playing. The most beautiful track is certainly Forty Years In The Wilderness which can be taken as a muse on life and its learnings with age although clearly reflects Cockburn’s reignited faith. Café Society is a clever reflection of the various views and opinions evident in any watering hole you are likely to have visited “café society – a sip of misery, café society, misery loves company” – quite so. The observations in the lyrics are such that you forget the fact that this artist is also a great musician as his picking in the instrumental title track shows, Cockburn being cited as playing guitar and bones. We are also reminded that he is bi-lingual with the catchy Mon Chemin – My Road to those of us who utterly failed in French lessons. Thankfully the album sleeve notes helpfully provide the lyrics in both English and French.

We are reminded of Cockburn’s environmental credentials in False River and whilst the last two tracks are undeniably about and pointing towards his new found spiritual faith they do not preach but rather suggest – a fine line that is hard to pull off.

A great album – it is good to have him back.

A triumphant return from one of Canada’s finest