Hailed by Paste magazine as ”bluegrass innovators,” Raleigh, North Carolina-based quartet Chatham County Line have announced the release of their eighth studio album, ‘Sharing The Covers’, due March 8th on Yep Roc Records. The video for the first single, Wilco’s “I Got You (At the End of the Century),” premiered today which you can see below. Paying homage to Wilco on the first single, the band gives the song a bluegrass vibe complete with a splash of banjo.

Dave Wilson of the band said: “This Wilco tune is a prime example of how Sharing the Covers pulls cover songs directly from our setlists through the years. We had performed this tune back in 2005 at the release show celebrating our second album, Route 23, and hadn’t really revisited it since. When we were setting up in the studio to record some new material, the engineer asked us to test the levels on the microphones and somehow this song came out. We are still in awe of the great job Wilco does in creating moments in the studio… they are a great inspiration for any band attempting to weather the years.” 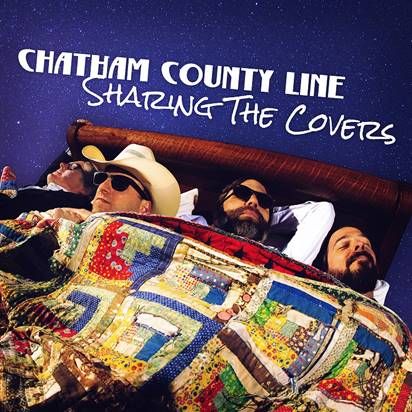 Recorded at Durham, NC’s Overdub Lane studio, where they cut their first album, 2010’s ‘Wildwood’, and where a few tracks from 2016’s ‘Autumn’ were recorded, the 13-track collection was engineered by Chris Boerner, who also engineers the band’s live shows. Taking the familiar and adding a touch of bluegrass, the band’s classic covers include tracks by Tom Petty, John Lennon, The Rolling Stones, The Louvin Brothers, Beck, and more.