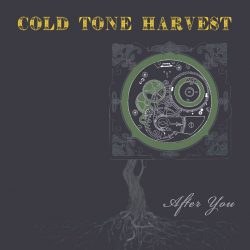 With such an evocative band name, you could be forgiven for presumption about this bands style, and you may be half right. Yes, they are rural, and with Michigan being the Midwest, those winters will be long, and no it is not upbeat. But there is talent and beauty to be found in  ‘After You’, the self-released debut album from Cold Tone Harvest. Though founded in 2008,the laconic sound of their music was matched by the decade it took to get a debut long-player out, eventually turning to crowd-sourcing and a clean production from Chris DuPont which sets six-string talent forward and lets stories be told.

There is aching dobro all over this album which lends a downbeat, lonely feel, though it is the banjo fragments in ‘Electric Modes’ that lambent most. The band themselves acknowledge this, saying “it’s almost as if we’re trying to capture the idea of adversity”. This shows in a lovely slow cover of ‘Out On The Weekend’ (from ‘Harvest’, which is surely not coincidental?) The highlight though is the opening track ‘Frozen Ground’, a melancholic tale of the loneliness found in urbanity, laden with swathes of chiming lap steel.