The lovely indie-folk quartet who call themselves Darlingside have announced the release of their new album ‘Fish Pond Fish’ which comes out on Thirty Tigers on October 9th.  The record is the follow up to the band’s 2018 ‘Extralife’, and where that album contemplated uncertain futures, the new one finds Darlingside firmly in the present, taking stock of what is here and now – and let’s face it, there’s a lot to take stock of.

Band members Dave Senft (vocals, bass), Don Mitchell (vocals, guitar, banjo), Auyon Mukharji (vocals, violin, mandolin), and Harris Paseltiner (vocals, cello, guitar) started studio recording the album in late 2019 with producer Peter Katis whose previously worked with Interpol and The National. Moving into Tarquin Studios in Bridgeport CT with Katis, the family-style, collaborative sessions echoed the band’s early days in Western Massachusetts. The 2020 pandemic came just as the band was finalising lyrics for the last batch of songs, which forced them to cancel the final weeks of recording. While quarantining separately, each member set up a home recording rig to capture sounds individually, while mixing, writing, and arrangement decisions were all carried out virtually. Forced to evolve, they leaned more heavily on individual experimentation and decision-making, both in recording and editing. 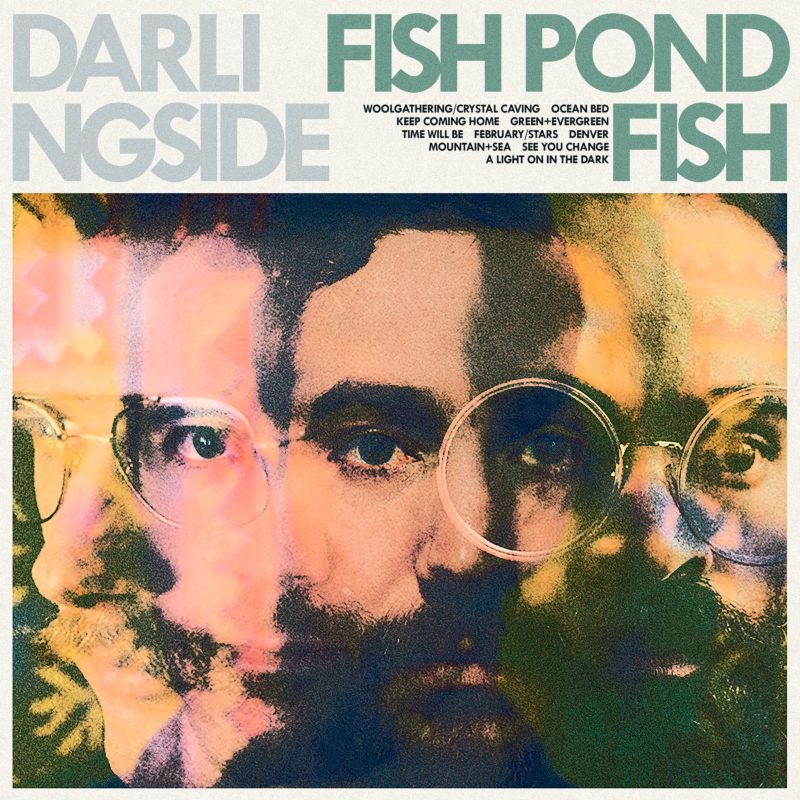 Darlingside has long been praised for their harmonies and intelligent songwriting, described by NPR as “exquisitely-arranged, literary-minded, baroque folk-pop,” and which The New Yorker compared to David Crosby and the Byrds.  The band has been lauded for their dynamic presence onstage, which finds them crowded tightly together for the audience to witness four voices turn to a singular texture of sound. Look out for AUK’s review of the new record next month.