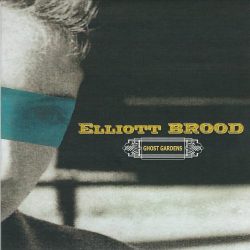 Elliott Brood are a three piece band – musicians Mark Sasso, Casey Laforet and Stephen Pitkin – who hail from Ontario, Canada and “Ghost Gardens” is their sixth full length studio album and the first since 2014’s “Work And Love”. Apparently this album came about with the rediscovery of a misplaced hard drive that held a number of lost songs from the band’s earlier years – rough demos and song outlines. Hence the album’s title, as Ghost Gardens refers to gardens of houses that have been abandoned but the plants continue to grow.

It would be interesting to know how many of these songs needed a lot of work because this album comes across as one of two parts. It gets off to a great start; opening track ‘Til The Sun Comes Up Again has a jerky, stop-start country feel to it that’s reminiscent of The Band in its better moments, this is followed by Dig a Little Hole, which is a great track, quirky and fun in a slightly macabre way (apparently the band’s style has been referred to as “Death Country” and they do have a nice line in slightly sinister lyrics). Third track Gentle Temper does have a very gentle feel to it but boasts a great guitar sound, shimmering and full and then we get 2 4 6 8 which is a slow build song with some particularly fine drumming that pushes the song along with real purpose.

And then it all goes horribly wrong. After listening to the first four tracks of the album track five The Fall is a bit “Meh”. Unfortunately so are tracks six through eleven. The opening four tracks of this album really make you sit up and take notice but the rest of the CD has you wondering if you’re listening to the same band, because the coherence and sense of purpose just isn’t there. You start to wonder if it wouldn’t have been a blessing if they’d just left that hard drive undiscovered – or at least only found half of it. The last three tracks are really all one and the same – the tracks are listed as T.S. Armstrong, Searching and For the Girl – but it’s basically one long track, T.S. Armstrong Searching For The Girl; which is clever but the title flatters to deceive since the music really isn’t so interesting. Searching, the penultimate track of the album, is really just a soundscape to bridge T.S. Armstrong and For The Girl and the band have let the cleverness of the track titling get the better of them because their soundscape really just equates as noise bridging a couple of so-so tracks.

This album is a big disappointment because it offers so much but, ultimately, fails to deliver. Sasso, Laforet and Pitkin are clearly very good musicians and can obviously write good songs, as the opening tracks on this album, and the fact that they’ve received multiple award nominations for previous recordings, prove. Perhaps they should’ve asked themselves why that hard drive went missing in the first place – did their younger selves perhaps think these weren’t great songs and set them aside to work on more promising material? The end result is an album that just doesn’t live up to its early promise.

An album that gets off to a great start but can’t sustain the early impact.