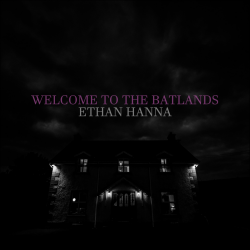 From Northern Ireland, though musically via New Jersey and the gutters of many a wrong part of town, here we have the debut album from Ethan Hanna. With a voice that blends Springsteen and Waits, you couldn’t say this is a cheerful record. Cheerful is hugely overrated anyway; it’s for the weak minded. The ‘rockier’ parts on offer are really quite heavy (‘Fire’), and the fractured guitar ballads are nicely sparse and deconstructed (‘Bad Dreams’).
Opening track ‘Bikes and Cars’ isn’t the flag waving, engine revving tune you’d expect from its title. A lonely twanging guitar, punctuated by a pounding bass drum builds into a heavy, rumbling, fuzzy crescendo. ‘Perfect’ is more of a conventional Springsteen/E. Street rocker; kudos to Ethan Hanna for placing it as his second track rather than in the more predictable opener position. The record’s better songs tend to be the ‘broken down’ ones (‘Proud’ or ‘Trouble’ being two examples); the traditional radio rock that intersperses doesn’t jump up and demand great attention, despite it being perfectly well crafted and executed. Nonetheless, as a debut record, there’s something interesting going on here and Hanna could well develop into a significant talent.