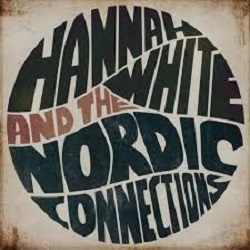 This eponymous debut album features a solid enough set of Country songs in the mainstream style of any number of Seventies Nashville songbirds. Whilst well played and featuring Hannah White’s pleasant vocals, this is an album that is let down by two things – emotional engagement – there is none – and lyrics. To borrow from a well know and infamous Long Ryders review “there are ten things wrong with this album and they are all the songs“.  It’s difficult to credit that this is the same Hannah White who has previously crafted songs of political engagement and passionate quests for equality.

Song topics range from love, losing one’s looks (a big worry here at Americana UK), and the world of work. The work song ‘City Beats‘ seems to have drawn inspiration jointly from Lone Justice’s ‘East of Eden‘ and ‘The Wheels on the bus (go-round and round)‘ whilst ‘Pay Me a Compliment‘ draws deep from a well of maudlin self-pity: “Pay me a compliment / ‘cos I’m tired and I want one / and the mirror’s unkind / since my beauty is gone.” And that same well is dipped again for the unintentionally hilarious ‘My Father‘ where verses contend with each other for the superficial crown. Compare “My father always yearned for more / My Father always broke the law / Was sent away frequently / Where he wrote prose and poetry” with “When my Father passed away / He did not leave enough to pay / for his funeral and grave / It cost more than we could save“.   It really would appear that Hannah White has spent too much time alone with a rhyming dictionary.

Two standout moments on the album are ‘Gotta Work Harder‘ which is at least upbeat and shows off the band’s prowess on an excellent instrumental middle section, and ‘The Darkness‘ which makes a brave stab at a murder ballad. But that’s far from being enough to make this release by Hannah White & The Nordic Connections anything other than forgettable.

An album of middle of the road Country tunes.