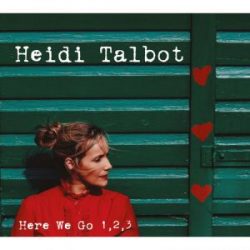 nyone who has heard Talbot’s voice, its power and expressiveness are givens – it is a thing of beauty, it sparkles, it could elevate the works of Jilly Cooper towards art. It is one thing to possess something beautiful and another to put it in the right setting, imagine casting Ingrid Bergman in an Adam Sandler film. Luckily for Talbot she has taken more control in this fifth release. It was recorded at her and her husband’s John McCusker, newly built home studio and she was involved in writing eight out of the ten songs which reflect a period of upheaval and show a growing maturity.

At times you might doubt that such a voice can have emotional heft, and you’d be wrong – ‘The Year That I Was Born’ paints a vivid picture with just a few strokes of acoustic guitar and backing vocals from McCusker. Natalie Merchant’s ‘Motherland’ is also rendered exquisitely simply, like a good tweed everything is woven together perfectly.  The songs are elegant and slow-burning, they reveal themselves at their own pace, there’s no hurry to please, they are allowed to build and breathe. It’s a confidence thing and rightly Talbot is at a point where she understands the mechanics of song writing and performance and is able to judge just exactly what a song needs.