So here we are again. If the word “poll” is still making you break out in cold sweats, this will hopefully be cathartic before the year is out. We should have actually started counting the number of years we’ve done this – From recollection, in our first readers poll, the winner of best new act was Thomas Edison and Alfonso XIII of Spain was our hero of the year, although it has moved on from the days when Ryan Adams won every other category (and not the one he almost came runner-up in this year). Let’s just say that two artists in particular have done very well this year.  Congratulations to Gary Walker who wins some promos which will be winging their way to you soon! So without further ado, here are the results from this year’s AUK readers poll.

Runners up: William the Conqueror, 3hattrio, The Lonesome Ace Stringband.

The Delines have been around for most of the last decade but it’s this year that their star began to really shine with the release of ‘The Imperial’ which garnered some glowing reviews all round. Everything Willy Vlautin touches turns to gold of course. He told AUK: “Man oh man thanks for making the Delines band of the year. Less than a couple years ago I wasn’t sure we would even still be a band. So this is a really great shot in the arm to come back and be recognized by the fans at Americana UK. What an honor.” Well done too to Ruarri Joseph’s UK band William the Conqueror in our runners-up slot, alongside the superb musicianship of 3hattrio and The Lonesome Ace Stringband.

When we blended our best male and female categories into one gender-fluid one for 2019, one thought that did cross my mind was “shit what if our readers are all chauvinists?” It was a needless worry, partly needless because 2019 has been the year of Yola, the iconic musician, singer and songwriter from Bristol who was described by Rolling Stone as “the single most sought-after voice at this year’s [Newport Folk] festival.” She wowed audiences over here too with sets at festivals such as Black Deer. Topping the year with no less than four GRAMMY nominations for americana and roots categories, next year could be a bigger year for her still. Great to see two other strong female voices in our runners up too.

Another new category for our end of year poll which to be honest we’ve been a bit remiss to not include in past years given our raison d’être, and there could be no more worthy inaugural winner than, you guessed it, Yola again. She told AUK: “This year has been so good to me it’s been hard to believe and I’m so honoured to be voted to best solo act out of everyone they could’ve considered as well as best UK act!” Lovely to see some real americana long-terms stalwarts in the list too including the two Petes of Americana© Bruntnell and Gow (who should start a solicitors firm).

The Delines take their second trophy of this year’s awards with the “best live act” category, and great to see some UK artists as runners up here too. Willy told AUK: “Wow, this is just such great news. We all cut our teeth in rock bands and cowpunk bands so to get to play more subtle music live every night is a dream for us. And that people seem to like it, again what a relief. Some of the UK shows on this last run were the best shows we have ever done. You could have heard a pin drop at Union Chapel even on the new songs that nobody had heard before. So we all feel lucky and also lucky that we have the kid, Cory Gray, our local hotshot. Every night we get to hear his trumpet solos and his keyboard work. He’s the engine of The Delines and we’re so lucky to have him.” And Amy Boone has this message for AUK readers: “Wow, what inspiring news for our band and a great way to end the decade!  Thanks so much to all the people who came to our shows and voted for us and thanks Americana UK for your support. The Delines love coming to the UK and can’t wait to come back.”

Best album: The Delines ‘The Imperial’ 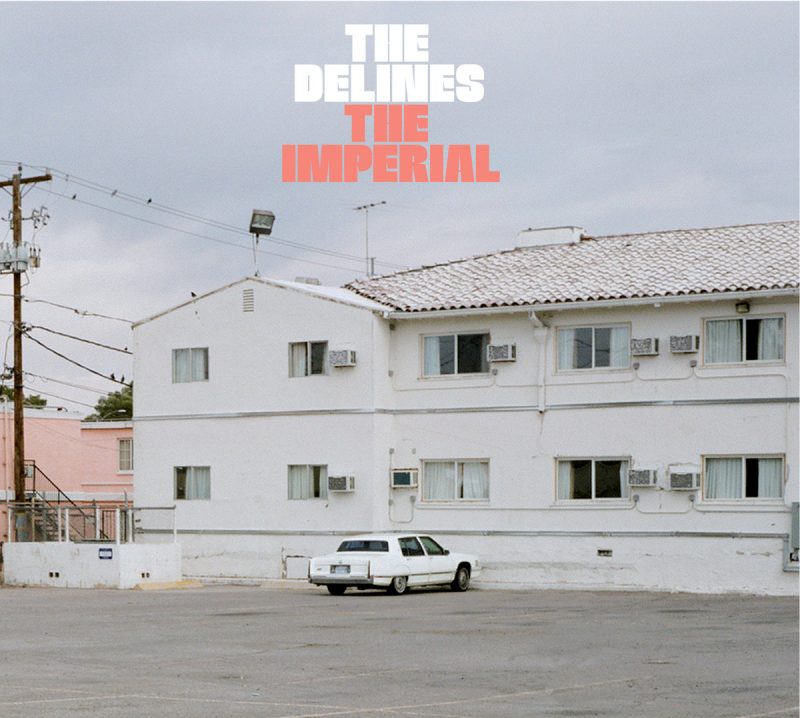 A hat trick for The Delines this year for their album which we described as “A true masterclass in songwriting from both a lyrical and musical standpoint which is going to be a tough one to beat in 2019!” and we weren’t alone. Thank God we awarded it a 9 – the embarrassment if we’d given it a 4. Willy told AUK: “It’s been such a relief that people like The Imperial. After Amy got hurt the band was on shaky ground. We were all just hoping she’d make it through and did she. Her singing makes the record and her toughness kept the band together. We worked a long long time on The Imperial. It was even mastered three times!  But what kept the band together while Amy was recovering was tinkering on it.  Some records you kill by tinkering too much but this one was saved by it. A lot of that is due to the hard work of producer John Morgan Askew and Delines drummer Sean Oldham. We all spent hours and hours and hours mixing this sucker, stewing over it like a sick kid. Thanks for the vote!”

Ken Burns’ history of country music on BBC4 has been worth staying in for on Friday nights for the last few weeks. Exploring the history of country music – from its roots in ballads, hymns and the blues to its mainstream popularity – it’s almost like open university for the americana enthusiast. And no relation to Gordon. Credit where it’s due to two amazing UK comedies in the runner-up slots and also to HBO’s stunning docudrama.

Is the Pope a nice man? Is grass green? Bob Harris Country winning our best radio show is one of those constants in life that if it didn’t happen you’d check you weren’t in some parallel version of the universe where just one thing is slightly different. He’s had one hell of a year and gave us a bit of a scare halfway through it, so we’re delighted he’s back on his feet again for many more years to come no doubt. Bob told AUK: “I am absolutely thrilled that my Country Show has once again been voted the top radio show in the Americana-UK poll.  2019 has been one of the most difficult years I have ever had to face but I am well again now and honoured beyond belief to find myself a runner up in the Hero of the Year category.  Thank you with all my heart.  Your love and support mean the world to me.” We love you Bob! A special shout out too to Mike Ritchie, a past well-deserved winner in that year we did briefly enter a parallel universe.

Runners up: The Joker, Once Upon a Time in Hollywood, Wild Rose, Western Stars, Sorry We Missed You.

Netflix is becoming as ubiquitous to movies as Amazon is to shopping, although hopefully a bit nicer. The Irishman is a screwball comedy featuring… OK it’s not, it’s an epic crime film directed and produced by Martin Scorsese based on the 2004 book ‘I Heard You Paint Houses’ by Charles Brandt. A special mention too to Wild Rose which introduced the wonderful Jessie Buckley to our community, and to Ken Loach’s masterpiece which should be mandatory watching for all MPs.

A well-deserved win with more votes than everyone else put together in this category for  Swedish environmental activist Greta Thunberg (whose middle name is Tintin, which she gets added points for). Good to see a (probably final) place in this category after 3 years at the top for Jezzer too, the last party leader we’ll ever have to read Willy Vlautin no doubt, and of course to dear Saint Bob.

Honestly, given there were three possible votes in each category, you’d be amazed the number of people who picked these three together. Or maybe not, you could imagine the three of them on holiday together. Wouldn’t that be a jape? BoJo himself has knocked Trump off the top with almost 80% of the vote this year, which takes some doing given how universal loathing of Trump was in the UK americana community. The bad news is – Why do the bastards always win. The good news is, we share your pain, and hey, what’s country music without unbridled despair?

1 thought on “Here are the results of 2019’s Americana UK readers poll!”