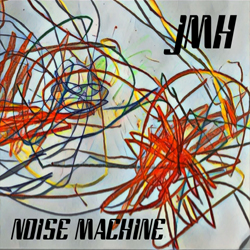 A native of Monaghan, Ireland, Jim McHugh is, as the name of his debut album suggests, a bit of a thrash merchant at times. The opening song, Hills Of Mullyash crashes into view with distorted guitar blasts before heading off in a power trio direction as McHugh sings of a freedom fighter gunned to death and the song thrashes around as if reflecting his death throes. There’s another bit of a thrash on Red Rose with drum whacks and grungy guitar flailing in all directions. Had all of the album been like this then in all honesty this reviewer would have gracefully informed McHugh that it was not really up Americana UK’s street.

Thankfully, the majority of the songs on the album are simpler affairs, the amps turned down and the blustery solos replaced by acoustic strumming with McHugh, not a natural singer, allowed to lend his strained voice some respite. Songs such as the winsome River Won’t Flow and the anguished My Destiny hark back to the naiveté of early Orange Juice and The Go-Betweens and it’s in this territory that McHugh finds his natural terrain. Do You Remember lumbers along in fine style with an affinity to Will Oldham while WWW is a fine diatribe against the wired virtual reality we all live in these days delivered in a skewed Velvet Underground style. The pained lament, Should Have Come Home, apparently about the death of a child due to a drunk driver, is quite affecting while the closing Orion again recalls the rainspeckled rhapsodies of The Go-Betweens.

A somewhat unsteady debut that hovers between bluster and endearing naiveté