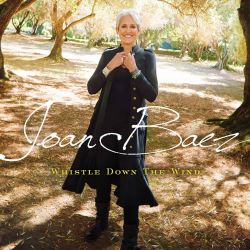 There’s a slight sense of pointlessness in reviewing a Joan Baez album for a site like this as there can surely be nobody who visits here who doesn’t know who she is, what she sounds like and whether they like her or not. Unless of course her latest outing showcases her new jazz-funk direction. It doesn’t. No, instead as per usual there are ten carefully selected songs (all covers, including two apiece from Tom Waits & Josh Ritter), and an extremely tasteful production, this time by Joe Henry. On the other hand her famous high notes and purity have long since gone to be replaced by a world weary, almost tired vocal, and this is no bad thing.

Although there are the expected socially relevant songs like Zoe Mulford’s ‘The President Sang Amazing Grace and Eliza Gilkyson’s ‘The Great Correction’ the album’s centrepiece is Mary Chapin Carpenter’s ‘The Things That We Are Made Of’, an excellent, piano-driven version that truly hits home. The age and experience that Baez has brings something to this sort of song and few others can and if as ever there’s a lack of grit or edge that’s not going to bother he audience.

She’s retiring from touring this year and it’s hard not to see this as a valedictory album. If so, it’s a good way to bow out for an American icon.

Possibly the last spin of the wheel for American icon