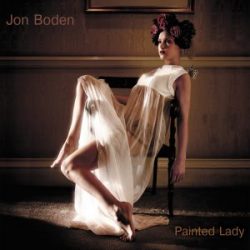 Folk superstar Jon Boden has always had itchy feet. Not content with an acclaimed partnership with box ace John Spiers and fronting Bellowhead, the eleven piece big band that he founded with Spiers which went on to become probably the biggest star in the UK folk firmament, he also released a concept album “Song From The Floodplain”, that he toured with his band the Remnant Kings and before that, he put out his solo debut, “Painted Lady”.

Now the band and the duo are no more and a new solo album is imminent but in advance of that his debut is re-released on its tenth anniversary. The hook for those who already have it is three bonus tracks. Of these the curve ball is a completely re-imagined, sombre and poignant version of Whitney Houston’s “I Wanna Dance With Somebody”. The other two newbies, ”All Hang Down” and “Old Brown’s Daughter” are interesting but not essential. Which is not something that can be said of the album as a whole. Across it’s dozen tracks Boden displays a breadth of imagination and a willingness to experiment that, allied to a vocal delivery that is as soulful as it is heartfelt, is about as far removed from the high energy stompers of Bellowhead as its possible to be. Folk fans who haven’t got it should beat a path to its door, folk fans who have just need to hope that his new offering matches it.