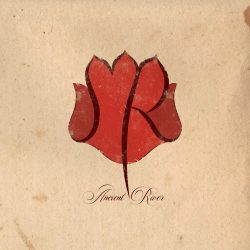 Magnolia Red are a band from the Norwegian North West Coast and their debut album ‘Ancient River’ takes us on a journey through all the different varieties of Americana music. Like their previous releases, the album was recorded at Ocean Sound Recordings in Norway and is formed of ten original tracks. But before we get to that, take a look at the album cover, which is one of the most beautiful ever made.

The album begins with the title track ‘Ancient River’ which tells stories found from the river. The sound is a very typical rocky sound, yet the voice is reminiscent of Nils Lofgren which is a real treat. However, there isn’t too much singing on the song, with many brilliant little guitar interludes included instead. And the varying styles of Magnolia Red shift from song to song as we hear ‘Everybody’s Sound’ which has some really interesting lyrics about society today, whilst also just being a pretty good pop song. Although not necessarily breaking new ground with the style of music, we do see Magnolia Red’s ability to play all different styles.

The third sound we hear is in the song ‘Heart Street’ and is possibly the best and the one that suits Magnolia Red’s talents. A James Bay sound in the voice is accompanied by the jamming tune of a guitar, with the inclusion of the horn section really making it stand out as one of the best songs on the album. ‘Loving Kind’ has another different approach with some strong blaring guitar and altered voice alongside some nice harmonies. You really feel as though Magnolia Red are very much in touch with the UK Indie Rock scene.

But ultimately this album has a little bit for everyone as is the kind of album that anyone can enjoy on a long car journey. ‘Never Let Me Go’ and ‘Unwind’ are both fun rocky songs, with the latter being a particularly good way to end the album. The album itself however does feel like a test that Magnolia Red have done to see which styles get the best reception and which they should thus commit to, resulting in the album not really fitting together.