Once again produced by Brian Speiser and recorded with the band she put together for that previous album, including Jeff Fielder on guitars, dobro, bass, and mandolin, Matt Smith on pedal steel, dobro, and guitar; Adrian Carter on fiddle and guitar; Kerry Brooks on upright bass and mandolin; Jim Brock on drums and percussion; Alison Brown on banjo, and Kofi Burbridge of Tedeschi Trucks Band on keys. There’s also the addition of strings and horns to “bring the swagger” and the slide guitar of Derek Trucks (Tedeschi Trucks Band, Allman Brothers), plus vocal harmonies from Vince Gill, Brandi Carlile, The Wood Brothers, Lucy Wainwright-Roche, Phil Cook, and Justin Vernon. 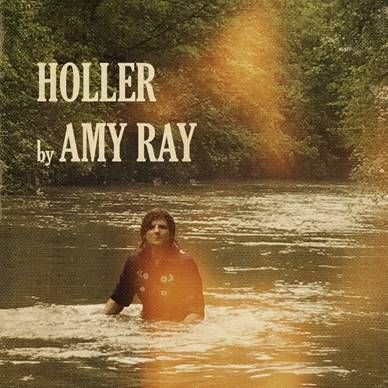 Ray says, “The album is inspired by traditional country, Southern rock, mountain music, gospel and bluegrass. It fits in the Americana genre. The songs tell stories of late nights, love, addiction, immigration, despair, honky-tonks, growing up in the South, touring for decades, being born in the midst of the civil rights movement, and the constant struggle to find balance in the life of a left-wing Southerner who loves Jesus, her homeland and its peoples.”

Ray tackles Southern identity and racism in “Sure Feels Good Anyway,” and “Didn’t Know a Damn Thing,” while in “Bondsman (Evening in Missouri)” she paints a scene of poverty and hardship in the Ozark mountain region. Though she wrote “Jesus Was a Walking Man” well before the crisis of family separations at the Southern U.S. border, the song bears a timely message for the listener: “Jesus would’ve let ‘em in.” To cap off the track, she called on the oratory prowess of former SNCC Freedom Singer Rutha Mae Harris, driving several hours to Albany, Georgia, just to capture Harris’s voice, field recording-style.

Look out for a review soon here on AUK.