Good morning everyone. If you’re in the US and wondered why we didn’t update yesterday it’s because we have these things called holidays. You used to have them once! (Actually not sure if this is true) Rolling Stone reports: “You can take Jason Isbell out of Muscle Shoals, but you can’t take Muscle Shoals out of Isbell. That was the clear Saturday night at the Shoals Community Theatre in Florence, Alabama, where, backed by his longtime outfit the 400 Unit (which the local press recently deemed the E Street Band of their era), the North Alabama native made his first proper full-band appearance since 2010. END_OF_DOCUMENT_TOKEN_TO_BE_REPLACED

The legend that is Ray Wylie Hubbard with a live performance of a song from his latest album, Tell The Devil I’m Gettin’ There As Fast As I Can. 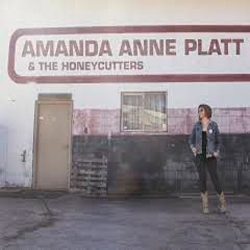 High up on Claverton Hill on the outskirts of Bath is the bucolic setting of The American Museum in Britain. Established in 1961 with the aim of educating the UK, and the world, about American cultural history, it was perhaps fitting that this was the final venue for Amanda Anne Platt & The Honeycutters on their first ever UK tour. END_OF_DOCUMENT_TOKEN_TO_BE_REPLACED

There wouldn’t normally be a video on a Bank Holiday but prompted by a fine set at Folk East last weekend from singer Tony Winn here’s a lovely video, proof of what you can do with imagination and a small budget, and an equally lovely song. 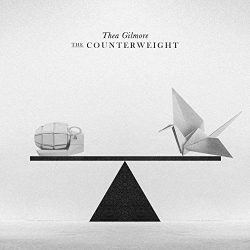 Thea Gilmore has been a song-writing heavyweight on the British circuit for a long time and has shown a knack for consistent quality and a down-to-earth music that fiddles with genre and tweaks the nose of expectation. Can her latest album live up to such heady appeal or has the magic touch run dry for the Oxford singer?  END_OF_DOCUMENT_TOKEN_TO_BE_REPLACED 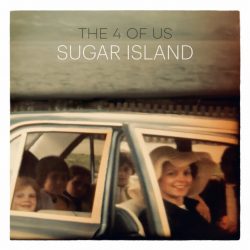 The album cover does a tidy job of setting the scene for its themes: smiling mum in a floppy hat, car door open, four, maybe five kids squashed in the back, off on holiday in those Seventies days of laxer passenger restrictions and fewer collision avoidance systems. It most obviously relates to Going South, the second of 12 tracks on the veteran Northern Irish outfit’s latest long player, with its bored narrator killing time in the back of the motor “winding down a window so I don’t catch a share of cigarette smoke hanging in the air”.  END_OF_DOCUMENT_TOKEN_TO_BE_REPLACED

Welsh psych-pop band El Goodo are always worth a mention if for nothing else the fact that they named their band after a Big Star song. Their new album “By Order Of The Moose” is due out on 8 September-  made over 8 years in an old derelict cinema in their home village of Resolven,  and produced by Cian Ciaran from Super Furry Animals, the band recorded the album on a 16-track with a small collection of faulty equipment, embellishing the songs with strings, brass, sitars, harmonicas, xylophones and vocal harmonies.  This particular track which opens the new record could be lifted right off a Teenage Fanclub album from 20 years ago, which is no bad thing.  END_OF_DOCUMENT_TOKEN_TO_BE_REPLACED 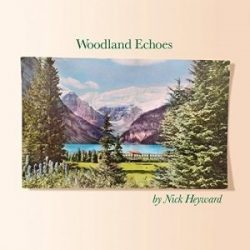 Those of you who still remember Nick Heyward from his days fronting Haircut 100 (humorously described in the press release as a New Wave group) may be surprised by this record, but anyone who has paid attention to what he’s done since won’t be. Ever since his first few solo singles like Whistle Down the Wind, he’s been moving away from the itchy pop funk that made him, the only echo of it here being the opening bars of The Stars. This record is full of naturalistic images. So thickly does he lays it on that he makes Thomas Hardy seem like Elmore Leonard. There’s the sound of birdsong at the start of Beautiful Morning, which unfolds like a flower welcoming the sun, then goes mildly rococo with the detail, bucolic 100. END_OF_DOCUMENT_TOKEN_TO_BE_REPLACED

On October 13th Ohio singer-songwriter Lydia Loveless will release “Boy Crazy and Single(s)”, a collection of 11 songs, including the 5-song EP Boy Crazy and six non-album singles, rarities, and covers from throughout the artist’s career. Boy Crazy and Single(s) follows Loveless’s 2016 full-length album Real, and marks the first time the tracks will be released collectively across CD/LP/digital formats.  END_OF_DOCUMENT_TOKEN_TO_BE_REPLACED

With a twentieth anniversary edition of A Few Small Repairs due imminently it seems a good time for Friday’s retro slot to be filled by this tale of vengeance and redemption from Shawn Colvin.