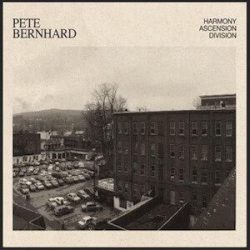 Nice and uncomplicated. The world could probably do with a little more nice and uncomplicated these days. The Devil Makes Three’s Pete Bernhard, along with his bandmates, have been gifting the world epic soundscapes of rootsy Americana for almost twenty years. Bernhard has released a small clutch of solo albums too. This is his third. And it’s a gem of a record.

From his Vermont home, Bernhard offers up nine low-key, soothing yet at the same time intimate, soul-baring songs. Just finger-picked acoustic guitars, a little colour via some exquisite bass, a little vocal help. Bernhard is guided by Paul Simon meets Dylan meets Prine meets Kristofferson meets any host of singer-songwriters. He’s steeped in, and neatly channels his lineage of influences. These songs sound warmly familiar yet fresh enough to carry the listener along the journey. ‘I Knew You’ is the starting point here. Three chords (generally speaking) and a simple story about growing up and growing out of a relationship. It’s wistful, poignant and an engaging introduction. ‘Can’t Find You’ is similarly uncomplicated; here Bernhard is instead looking for a way out of his life of woes. ‘Down The Line’ has a gypsy jazz-folk motif, a cheery kind of guitar figure, running through. Bernhard tells us that he’s a ramblin’ man – he’s never going to hang around for long. Closing track ‘Lightning’ tells us of a soul in too much of a hurry to live, promising to leave his mortal remains in just as rapid and dramatic a fashion.

Bernhard isn’t pulling up any trees and ploughing new ground in his song subject matter, but his is the folk tradition and his song matter reflects those rootsy roots.