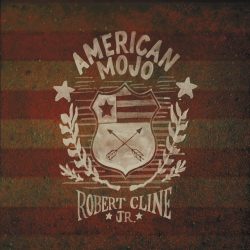 is is the second album from Robert Cline Jr, a musician based in the Muscle Shoals area of Alabama who has provided here an album oozing with the spirit and feel of that part of the world. Recorded in Sheffield, Alabama with  members of Muscle Shoals studio musicians known as The Swampers the whole record has a great feel. Cline has a soulful voice which lends itself to the Muscle Shoals style and this really is a quality piece of work. The album notes reference the fact that he has journeyed across the Southern US and as he puts it has found his Mojo. The various musical styles of that part of the world bleed through in all the 13 tracks written or co-written by Cline.

The CD kicks off with Leaving This Town, an up-tempo piece to get the foot tapping featuring a great lead guitar and catchy lyrics such as “I don’t know what it is that I’m looking for but I’ll find it somewhere down destiny’s road”. The follow-up track Honky Tonk Honeymoon is a barnstormer with a great steel guitar solo that you can imagine being performed at many Honky Tonks to rapturous audiences. The Boys From Muscle Shoals pays homage to the music of the area and appears to be semi-autobiographical regailing how Cline developed his love for the sound. The track features horns with a great funky groove and backing vocals name-checking many artists and songs associated with the famous studios.

Tennessee River is a brooding piece somewhat akin to Robbie Robertson’s Somewhere Down The Crazy River, and Professional Guest could be a country standard from the mid 50’s with mournful steel guitar backing. Comments on the various influences on show on each track would be possible but that would be tiresome really – suffice to say this really is a great album and one that will keep giving as you pick up on the subtle nuances on every track.