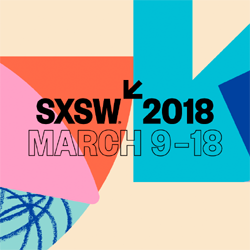 The annual jamboree that is Austin’s South by Southwest Festival plows on with over two thousand artists descending on the town for a week long binge and that’s just the music. With film, gaming and politics all well served alongside a bewildering variety of showcases from well known acts to those just starting out on the ladder to possible success it’s  entirely possible to be overwhelmed by the almost endless choices on offer. However duty calls and here’s the results of our search for those highlights which sit comfortably in the AUK canon.

Josh T Pearson was on rollicking form his new crowd-pleasing image. Despite his popularity in Europe, he’s almost unknown in his home town, with the audience at Hotel San Jose being sparse. I’d last seen him at the Mean Eyed Cat in 2011, when he was in his “meaningful bearded singer-songwriter” phase. The contrast could hardly be greater, as he is totally transformed into a smart, sophisticated white-jacketed all-round entertainer, introducing his “straight hits”. It was great fun and he finished off with a cover of a Neil Halstead song, before complimenting me on my John Murry t-shirt. If you look into their respective life stories, it’s no surprise that these two should like each other.

Straight after Josh came Jesse Dayton. Despite having the aura of a Texas road warrior, Jesse is in fact a sensitive, deep thinking individual as well as a spectacular guitar player with an unimpeachable band. Josh T Pearson was soon two-stepping to Jesse’s music with a very stylish lady who one can only assume was his muse Katerina Kiranos. Soon, a circle formed round the golden couple to cheer them on. It was an utterly charming scene. 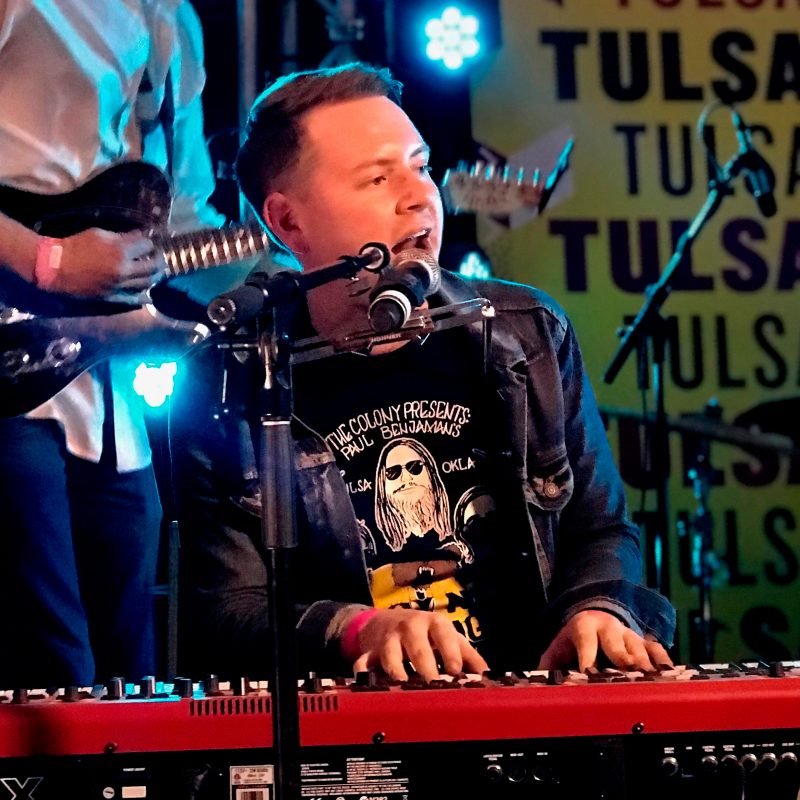 At the Tulsa showcase, John Fullbright led a collection of musical friends through some jammed classics in a very laid-back atmosphere. You can never really tell if he is having fun, as his demeanour is always so serious, but what a talent he is.

At the same show, fellow Oklahomans Broncho were a very different proposition. In my search for a way to describe them, I came up with “a mashup of My Bloody Valentine, The Jesus And Mary Chain and Hawkwind”. Add in a bit of The Cure (singer Ryan Lindsey is a dead ringer for Robert Smith) and you have a potent and very atmospheric cocktail, as Lindsey jiggles as if flea-ridden, sings lyrics which may or may not be actual words and merges each song into the next with no breaks for applause or even a greeting. Anyway, I found them so irresistible that I went to see them three times.

This time last year, I was baffled by a low-key and – dare I say it – boring show from Aaron Lee Tasjan, and confused by the adulation. Then, at the End of The Road Festival in September, he appeared solo acoustic on the Garden Stage and went down a storm with a charming and funny performance. Here at Blackheart, he was in his electric guitar-shredding guise and the performance was thrilling. Clearly a man of many and diverse talents.

It was pretty much a tie between Low Cut Connie and Lee Bains III And The Glory Fires when it came to high energy rock. Adam Weiner of LCC took the showmanship honours with his piano acrobatics and gradual disrobement, backed by a grittily committed bunch of highly supportive musicians. They all certainly know how to work an audience and the audience succumbs willingly, wreathed in smiles. At one of the LCC shows I saw, Rolling Stone’s David Fricke (who really has seen everything) was clearly overcome and declared the band and their classic new single Beverley to be ready for world domination. I can only agree.

But despite the joys of LCC, Alabama’s Lee Bains took the title of Best Band I Saw At SXSW (a rather subjective category, admittedly). Hurling himself round the tiny stage in the yard of the Side Bar and challenging the audience with incredibly articulate political speeches and lyrics, Lee eventually ended up in the audience being mobbed by the ecstatic crowd. Wonderful in-yer-face stuff that made you feel glad to be alive and able to feel positive in a difficult world.

All photographs by Paul Dominy