Jonathan Hultén has just released his debut solo album, ‘Chants From Another Place’.  It’s mesmerising music inspired by acapella folk and church choir compositions. Hultén says the album, which was recorded in his own studio in Sweden, “…will thematically take you through landscapes of ecstasy, passing mountains of death and rebirth, sailing seas of adventure, traversing wastelands of despair and forests of myth. It is an inward journey and only time can tell which places will be visited under its duration. It is a tale of spiritual death and rebirth.”  Indeed, its dark, melancholy tales feel timeless.

One of the album’s best songs is ‘The Mountain’, a deeply reflective, introspective piece about a tortured soul faced with personal problems and mortality.  The beautiful animated video that accompanies it is a perfect complement to the sound and meaning of the song and was created by Hultén himself.  Americana UK caught up with Hultén to explore the song further. 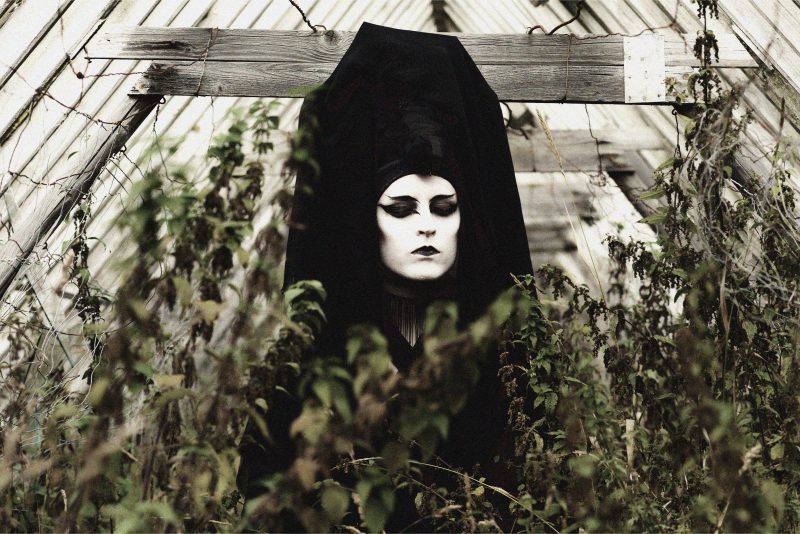 ‘The Mountain’ is a really personal and meaningful song.  Can you tell us the ‘story’ behind it?

‘The Mountain’ is a good example of the foundation of the music; three harmonies and one guitar. Other songs have additional instruments incorporated in them, but all of them share this conceptual backbone. The fingerpicking creates a calm, down to earth-atmosphere that is to be found elsewhere in different degrees and forms, but here it as most direct and on point. Despite not having any other songs in the same style on the album one could definitely say that it overall represents the album.

The inspiration from Nick Drake’s ‘Pink Moon’ becomes the most prominent in this track. From the moment I heard that album my perception of what music could be was forever changed – I was completely entranced by how efficiently emotions were conveyed through such simple means. That inspired me immensely, indeed a prime example of where less is more.

‘The Mountain’ is also kind of the spiritual successor to the older song ‘Leaving’ from the EP that was released in 2017, sharing the same type of fingerpicking and tranquil mood which also can be derived from the works of Anna Ternheim. Around the same time as I was exposed to ‘Pink Moon’ I also discovered the greatness of her albums ‘Somebody Outside’ and ‘Separation Road’, the latter just having been released around then.

As the rest of the album, ‘The Mountain’ was recorded by myself in my bedroom with a microphone and a computer. The sense of isolation that such a setting brings about translates into the recording and is even necessary to leave space for the song to unfold in peace. It’s about listening to what has been recorded and then, in one’s mind, hear what is missing and then add it to the composition. It’s like a private process of give and take between me and the song until it’s finished.

Since ‘The Mountain’ was the first thing that was glimpsed of the album and came with a video that visually depicted and expanded on the storyline, it was probably best received of all the songs of the album. Since it was created it has been present in every set-list I’ve played live since then.

When it was written I was overwhelmed by a sense of desperation and an urge to find a way out of a distressful predicament. Hope and despair clung on either side of my shoulders as the music emerged. It is also being reflected in the lyrics, a story of a soul towards an undefined goal at the top of a mountain, facing difficulties and death along the way. Eventually by having gone through the darkness she/he appears on the top, fully transformed into something else; a new form of the soul that can embody both light and darkness, the sun and the moon (symbolically two seemingly contradicting principles) without perishing and through that find a third alternative on top of the two previous ones, a new way forward.

Climbing up the mountain
The secrets of the sun
Fall down