Rather than just re-issue ‘Glimmer’ for its 20th anniversary Kim Richey decided to re-imagine the songs and come up with a whole new album.  Entitled ‘A Long Way Back: The Songs of Glimmer‘ it’ll be released on Yep Roc Records on March 27th.  Kim Richey says that “all of the original 14 songs from this new album were recorded in producer Doug Lancio’s basement studio and given a more intimate treatment.  It was great to revisit these old friends and be able to make them available again to fans.” END_OF_DOCUMENT_TOKEN_TO_BE_REPLACED 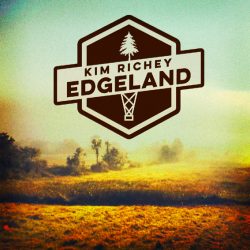 Grammy-nominated singer/songwriter Kim Richey will release her first album in five years, Edgeland, on Yep Roc Records on 30th March, and you can hear the first track to be taken from it “Whistle On Occasion” featuring Chuck Prophet below. Recorded in Nashville, Edgeland is Richey’s eighth studio album and was produced by Brad Jones.  The 12 tracks feature songwriting collaborations with Maendo Sanz, Mike Henderson, Bill Deasy, Al Anderson, Jenny Queen, Harry Hoke, Chuck Prophet and Pat McLaughlin, with the latter two also playing guitar and mandolin on the album.   Richey is supporting Gretchen Peters on her UK tour – here are those dates: END_OF_DOCUMENT_TOKEN_TO_BE_REPLACED