‘It’s Over Now’ is taken from Terra Lightfoot’s brand new album, released 16th October.  The song features a typically soulful vocal, delivered over an up-tempo, foot-tapping rock rhythm.  Lightfoot explains how the song came about: “It’s Over Now’ first emerged as a slower, more sombre song — about letting go of a failed relationship, one that seemed viable but that ultimately just didn’t work out.  In-studio, it took on a new life as a straight-ahead rock song, and I can definitely take comfort in that. The drive of the band behind me puts me in a comfortable space to sing that intense chorus vocal.”  Check out the album, ‘Consider the Speed’, which is a confident follow-up to Lightfoot’s acclaimed third album, ‘New Mistakes’.  Enjoy.

‘Paper Thin Walls’ is the new single from Terra Lightfoot’s upcoming studio album ‘Consider the Speed’ which will hit the streets on October 16th, on Sonic Unyon Records.  It’s the first new studio recordings from Lightfoot since ‘New Mistakes‘ which came out almost three years ago. END_OF_DOCUMENT_TOKEN_TO_BE_REPLACED 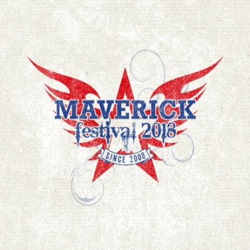 This year’s Maverick Festival was held under glorious sunshine at Easton Park Farm in the deepest part of rural Suffolk. As usual, Director Paul Spencer  had pulled together a tremendous range of polished multinational talent which all just about falls within what we consider Americana. The timing of the event, smack dab in the middle of the footie world cup,  meant however that the balance of music vs.  football in the conversational strands was slightly different from the July norm. END_OF_DOCUMENT_TOKEN_TO_BE_REPLACED