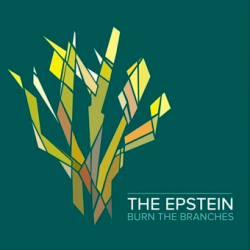 Oxfordshire natives The Epstein return for their third album, which transcends genre-limitations with surety and flair. To say they are an alt-folk band or an indie-rock band is probably accurate, but to put them in either of these pigeon holes is to overlook one of the best qualities of the band. Their ability to effortless combine and alter genre conventions makes this album brilliantly listenable – it manages to sound genuinely fresh in an immensely oversaturated part of the sonic-landscape.

A part of this freshness is the fact that the sound is totally their own. The influences are there, and clearly; there’s Wilco, Decemberists, Jason Isbell… But at no point does it sounds like an imitation of these. Indeed, there is a real Britishness to the sound – it doesn’t sound like a band pretending to be from the states, which is all too common in this field. The Epstein manage to channel the richness and variety of the music from the other side of the pond that we love so much, but without surrendering any of their individual identity to it.

Opening with a few gentle strums of an acoustic guitar and the wonderful voice of Olly Wills, the first track “That Voice” soon takes flight and morphs into a soaring, anthemic piece of work which really sets the tone for the record. The album continues in kind, with some heavier sounding tracks such as “It Will Pass” and some stripped down tracks, too. It’s on these more laid back tracks, such as “Red Rocks”, that Wills’ fantastic voice, a constant presence on the album,  really shines through.

Packed with beautiful melodies, equal parts tenderness and edge, this is a record that will get your blood pumping and make you cry in the blink of an eye. The Epstein’s first release in seven years is an accomplished, blistering return to form. Long may it continue.

Joyous, tender, heartbreaking, foot-stomping. This is how you do it.