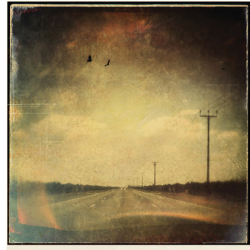 Lovers of old-time country/folksy ballads probably know about Liverpool’s ‘The Good Intentions’ by now. This latest record, as with 2013’s ‘Travelling Companion’, sits outside of the constraints of time and trends. The knowing, wistful tones of R. Peter Davies (with a hint of Gram Parsons in timbre), augmented by spouse Gabrielle Monk’s sympathetic harmony voice, retell familiar yet enduring stories.

Broken and unrequited love; the battle against the bottle, loss and regret – it’s all here. Clichés are mostly sidestepped due to the warmth of the melodies and occasional deft lyrical turn. Gentle arrangements are given colour by a clutch of West Coast musicians adding pedal steel, fiddle (courtesy of Carolinian maestro Brantley Kearns), mandolin and other flourishes.

Standout tracks include ‘Lonely Valentine’ and ‘Sad Country Songs’ – in itself a self-defeating warning for us to stay away from everything the band stand for. We all know, however, that we’re not in any rush to do such a thing. Final track, a folk traditional, ‘The Leaving of Liverpool’ is a clever take on the Good Intentions Mersey roots and Californian recording adventures.

Sad songs seldom sounded so good. The Good Intentions are, musically speaking, ever dependable friends who’ll soothe your mind and comfort your soul. We all need that from time to time.

Both the circle, as well as the line, remain unbroken for the UK’s old-time country torchbearers.