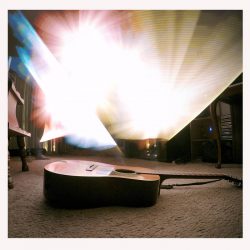 sible World suggests something hidden away, undiscovered, something mysterious – it’s a promise not borne out by the music on this second EP from the Kansas City band. It’s all surface, standard rock tropes, nothing is subtly smuggled in, just songs in search of an audience. They are amiable enough, the vocals try to develop a personality by introducing some interesting phrasing but they can’t disguise what they are, competent, that’s a word that can be used to describe this whole endeavour.

I’m not sure what it is seeking to be, perhaps Kings of Leon with a bit of Muse – they style themselves as ‘alternative’ (which just goes to show that, as a signifier, ‘alternative’ has lost all meaning).  When they go acoustic on ‘Brick By Brick’ they are as simplistic as a nursery rhyme, they sound as they are; earnest triers with nothing to mark them out. They sound like a support act, family and friends will be convinced supporters, the rest of us will maybe nod along and then forget all about them

Who knew the invisible world was grey?