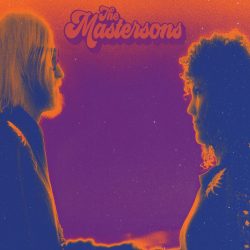 Chris Masterson and Eleanor Whitmore, collectively The Mastersons, spend some of their time as part of Steve Earle’s Dukes. This is their fourth album and starts with the title track, a love song. Produced by Shooter Jennnings it is mostly light country/folk material that recalls Crosby Stills and Nash at times, and anyone of a number of female singers at others. It was no surprise to learn they have also worked on Tanya Tucker’s recent album. Masterson says of the mood of the album: “I do think geography comes into play when making records, and I think this record does have a Southern California feel to it”.

That lightness is both the album’s strength and weakness. At times it feels a bit like a motorway journey. You know you have gone somewhere but the trip left little impression on you. The light touch of the music means the words stand out. Whitmore said of the lyrical content: “When we set out to write this record we asked ourselves what we wanted to say in 2020 in what is arguably a pivotal time for our country. A lot of us are facing the same struggles and fears and fundamentally are searching to meet the same needs for ourselves and our families. If we can lead with kindness and empathy, there is a way forward.” The best songs on the album ‘There is a Song to Sing’ and ‘King of the Castle’ reflect these sentiments.

After a few plays the qualities of the individual songs start to become apparent. The Wurlitzer piano on ‘King of the Castle’ and the harmony vocals and electric guitar on ‘The Silver Line’ stand out and help break up an album that can sound a bit samey on a first listen. The strongest songs are in the second half of the album and it is worth ploughing through the rather ordinary first few to get to them.

The feel of Southern California with some uplifting lyrics