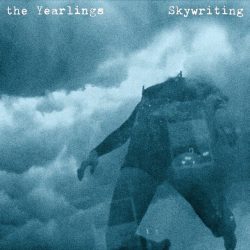 Hailing from that mecca of Americana …..Utrecht, I give you The Yearlings with their latest, long-gestating release – 3rd album in 16years! – “Skywriting“. Not an obvious location for an album chockful of big songs that speak of big skies and carry breezy melodies by the score. Think  – The Dunwells or The Whybirds – these are Pettyesque songs played with brio and verve and the harmonies really chime. But the joy is in the production details. ‘New Job’ features some subtle but highly effective pedal steel, ‘My Deliverance’ has vocals that bounce along as double tracked reverb-soaked harmonies whilst the guitars ramp up, ‘Evelene (You’ve Got To Know It)’ allows a Wilburyesque guitar line lead the listener to a Jayhawks/Byrds chorus.

This is an album of influences constructed in a loving way to celebrate a particular genre and it works in its own joyous way. And so the album rolls on – ‘On My 370′ – is a groovy narrative set to a jaunty jangle that again leads to a killer chorus, while ‘Summer Shower’ is as Paisley as The Rain Parade with its stately chiming guitars.

However, the stand out track is the highly melancholy ‘My Deliverance’ which has the most gorgeous minor chord signature. It is very close to the Faces/Golden Smog number ‘Glad and Sorry;’ so close, in fact, that they may need to apply for legal aid but this listener doesn’t care as the sentiment and the musicality of the lift is too good to reject on the grounds of a minor misdemeanour.

Well worth a listen – proper Americana – from Holland!

Proper Americana - from Holland! Get some!