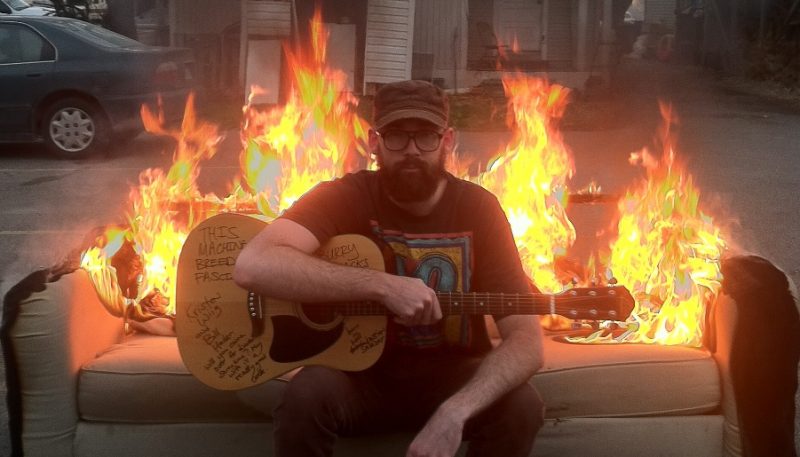 We’re not far off now from the release of the new album by Montana based musician Drew Danburry under the Icarus Phoenix moniker which will be released exclusively on cassette on his label Telos Tapes, so dig out your players. Created after moving to Missoula after a long stint in Provo, Utah (described as “a conscious uncoupling from the State’s oppressive religious monoculture”), the new self-titled album has lots of Danburry-isms including very long titles and names of friends and family – in one sense, it’s a continuation of everything he’s done before but in another it’s a new start and if nothing else, contains some of the best songs he’s ever written.

One such example is the album opener ‘Zero One, for Will Sartain’ which is just a perfect fuzzed-out slice of americana with a melody that grabs you by the throat (in a non-violent way) and a beautifully creative video that looks like it was put together on ketamine, in a good way (although you try writing that neatly on ketamine). Drew told us: “It was all hand-drawn, frame by frame. I intentionally wanted to repeat some of the imagery as it fits with the Icarus Phoenix metaphor.” As the video says, don’t kill birds or throw stones – each one of us probably fly too close to the sun sometimes.