Here’s a great video to accompany the equally great title track of Americana maverick Curtis Eller’s latest album, out now.  If you only know him as a somewhat mad banjo player you might be surprised as there’s a real New Orleans feel and subtlety to it.

North Carolina’s Avett Brothers consisting of two actual brothers (Scott and Seth) along with fellow bandmates have been around for almost two decades now, and each album becomes more musically accomplished than the last. The San Francisco Chronicle described them as having the “heavy sadness of Townes Van Zandt, the light pop concision of Buddy Holly, the tuneful jangle of the Beatles, the raw energy of the Ramones.” And if that is not an advert for a band, I don’t know what is. The lyrics of this particular track from their ‘True Sadness’ album: “I lay here pretending to sleep. Someone’s always asking for something of me. I try to hide but I’m stripped of my strength” just soar with elegance. It’s a work of beauty.

Mavis Staples can rely on a warm welcome in London – her live album of this year was recorded at a pair of Union Chapel gigs in 2018 – something which she alluded to tonight saying that she remembered us all from last year.  Well, yes, and then some, The Roundhouse being a considerably larger venue. Staples is on something of a roll at the moment, with studio and live albums hitting the streets at a regular pace since she signed with ANTI-, meaning that she has a lot of pretty new material to draw on, including this year’s studio release ‘We Get By‘. It still means that Mavis Staples can deliver a “greatest hits” set – it’s just that it’s the greatest hits of the recent years. END_OF_DOCUMENT_TOKEN_TO_BE_REPLACED

Not, we should point out, the Badfinger song made famous by Harry Nilsson, but sitting somewhat in that same territory of relationship loss.  Here, though, over a gentle folky setting the mellifluous Chloe Foy is singing of a more final separation. END_OF_DOCUMENT_TOKEN_TO_BE_REPLACED

The new Martin Simpson album ‘Rooted‘ emerges on Topic Records on August 30th (the deluxe 2CD version of the album will include a companion disc ‘Seeded‘).  And if that title conjures up images of zipping up boots and such, well the singer-songwriter does have a theme in mind for this album, as he explains “The music and songs embrace nature and travel, mental health, real life stories, loss, politics and history… and the threads that bind all this together can be followed back a long way, to 1965 when I got my first guitar and started to soak up material and ideas at a very rapid rate.” END_OF_DOCUMENT_TOKEN_TO_BE_REPLACED

From her latest album, “Mint Condition“, this is a great song by Nashville singer-songwriter Caroline Spence.  Nice video too.

Following the release of his new album ‘Stillwater’ which we described as “a cohesive whole that exudes a unique and vivid artistic touch”, Frankie Lee has announced that he will be returning to the UK in September for a string of dates, including a slot at The Long Road festival. The tour is Lee’s first headline tour in four years and follows his recent run of shows with Strand of Oaks. Supporting Frankie Lee for his shows in London and Winchester will be Loose label-mates Native Harrow. END_OF_DOCUMENT_TOKEN_TO_BE_REPLACED 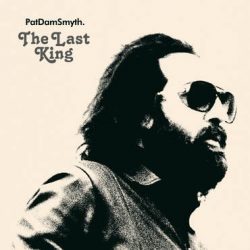 ‘What the hell is going on?’ Pat Dam Smyth asks at the beginning of ‘Kids,’ the track that kicks off ‘The Last King,’ Smyth’s follow-up to his 2012 debut, ‘The Great Divide.’ What’s going on is the sound of someone with a serious Pink Floyd fetish (not that there’s anything wrong with that). The droning synths that open the album point the way toward an atmospheric journey of moody, classic pop that keeps a foot in the present while acknowledging the past. END_OF_DOCUMENT_TOKEN_TO_BE_REPLACED

Rolling Stone is reporting this morning that Sturgill Simpson is set to appear on a panel at the 2019 Comic-Con in San Diego, discussing his involvement in the new Japanese anime film ‘Sound & Fury’ which mixes US music with the Japanese animation style. END_OF_DOCUMENT_TOKEN_TO_BE_REPLACED

Oh, to be young and have your whole life ahead of you… With so much yet to come it’s the wise artist who takes time to reflect on what has already come to pass. Where are you? Who are you? How did you get here? And sometimes, when you ask yourself, the answers come in the form of more questions. On his debut EP, Benjamin James Roberts offers us his reflections on the process of growing into the artist he is today. Those changes came by way of experimenting, questioning, and searching for understanding. END_OF_DOCUMENT_TOKEN_TO_BE_REPLACED