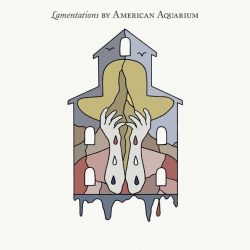 BJ Barham has always been better than average when it comes to delivering hard truths in the form of memorable turns of phrase. Fans of American Aquarium have come to expect songs that are plain-spoken, quick-witted, and sharp-tongued. While the band’s track record up to now has been remarkably consistent in light of line-up changes and other challenges, ‘Lamentations’ is more than another installment of business-as-usual. Even with all of the good music in their catalog, this one sets a new standard. It’s hands-down one of the best cover-to-cover albums of the year and makes a solid argument for Barham’s name to be included in every conversation about the best songwriters putting in work right now.

There’s a different kind of optimism and hope that starts from a perspective that acknowledges how bad things are and how tough it’s going to be to turn things around. ‘Lamentations’ surveys the sadness of the landscape with a gaze that refuses to blink. The full weight of the issues is met with a typically Southern and blue-collar response. There aren’t any short cuts, so look those problems straight in the eye and get to work.

‘Me + Mine (Lamentations)’ is the first track on the album and it makes a hell of an entrance. It lets you know in no uncertain terms that there won’t be any fooling around or sugarcoating. It takes a bird’s eye view of the problems that cynical politics and zero-sum games have caused at the same time that it puts the people affected by them under a microscope. ‘Before The Dogwood Blooms’ removes the weight from the listener’s chest with a bouncy rhythm and a rolling piano accompaniment but the lyrics spin a tale of a world that forces everyday people to make tough choices just to make it through. It’s an outlaw’s tale that speaks to the thrill of staying one step ahead and the heaviness of getting away with getting by. Together, the first five songs of the album work to paint a picture of where we’re at and how we got here. Barham sets his sights on cynicism, escapism, and hypocrisy as the weights that are holding us down and holding us back.

The album turns from surveying the scene to fitting together the pieces that combine to offer a roadmap out. The turn begins in the balance that is maintained in ‘Starts With You’. It’s there that we find a hard line between the happiness you get from writing sad songs and the happiness you chase when you take the risks that come with moving on. The road ahead is one that is marked by hard work, admitting our faults, and making amends. It asks us to do work on the personal level (‘The Lucker You Get’, ‘The Day I Learned To Lie To You’) and on the world around us (‘A Better South’).

A good album is one where the tracks roll into one another in a way that makes it hard to stop before you reach the end. A better album is one that manages to do that and send a message. A great album does all of that and leaves you with something worth holding on to. “Lamentations” is a great album and Barham lets us know with the final track that he’ll be “here until the work’s done”.

American Aquarium grabs another gear with their new album... get in and hang on!