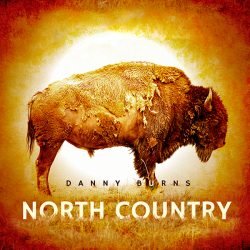 The first sound your ears catch upon hearing ‘Low Country,’ the debut from Irish folk singer Danny Burns, is the unmistakable dobro of Jerry Douglas. Soon after, the legendary Sam Bush’s fiddle and mandolin envelop the opening track, ‘Let it Go’ (not the Disney ditty). Lyrically, you’re transported to New Orleans in a sort of newgrass version of ‘Life in the Fast Lane’ – the same amount of cocaine, but without the Joe Walsh. END_OF_DOCUMENT_TOKEN_TO_BE_REPLACED

Philadelphia’s Rosali builds upon the ethereality of her debut – 2016’s acclaimed ‘Out of Love’ – on the ghostly ‘Trouble Anyway,’ recorded and mixed by Jeff Zeigler, who has worked with The War on Drugs and Kurt Vile among others.  On her sophomore outing, Rosali enlists a group of musicians that share her love of mood and texture, including Charlie Hall (War on Drugs), Paul Sukeena (Angel Olsen), Mary Lattimore, Mike Polizze (Purling Hiss), Nathan Bowles (Steve Gunn, Black Twig Pickers), Gretchen Lohse (Carol Cleveland Sings), and Dan Provenzano (Purling Hiss, Writhing Squares). END_OF_DOCUMENT_TOKEN_TO_BE_REPLACED 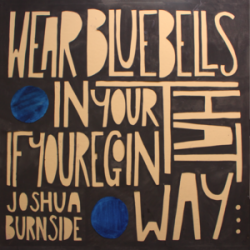 Billed as a “deluxe EP,” Northern Ireland folkie Joshua Burnside’s ‘Wear Bluebells In Your Hat If You’re Goin’ That Way’ pairs his 2013 EP ‘If You’re Goin’ That Way’ with four new tracks and an acoustic version of one of the original EP’s tracks, totalling an even ten songs. The sequence of the original EP has been shuffled slightly for this release.  Where ‘Desert Wine’ launched the 2013 EP, this deluxe version kicks off with ‘Little Blind’ and is all the better for it. END_OF_DOCUMENT_TOKEN_TO_BE_REPLACED 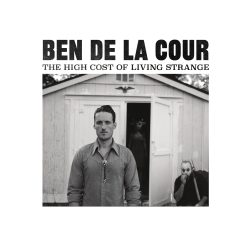 Want a backstory?  How’s this:  Brooklyn native starts singing in dive bars with his brother a full decade before he can legally drink, drops out of high school, spends a year in Havana training with the Cuban national boxing team, then tours Europe – again with his brother – and their doom metal band, Dead Man’s Root, before it implodes and Ben de la Cour finds himself again stateside, this time armed with an acoustic guitar case full of songs he’s dubbed Americanoir. END_OF_DOCUMENT_TOKEN_TO_BE_REPLACED 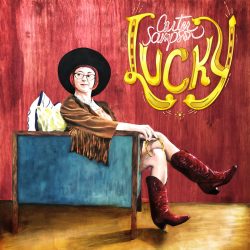 Carter Sampson’s voice rolls across these songs as the winds across the great plains of her native Oklahoma.  Sounding simultaneously innocent and world-weary, her voice can at times recall the breathy yet powerful delivery of a Midwestern Natalie Merchant.  Sampson lives inside the lyrics she sings.  You get the feeling she’s experienced every word.  END_OF_DOCUMENT_TOKEN_TO_BE_REPLACED 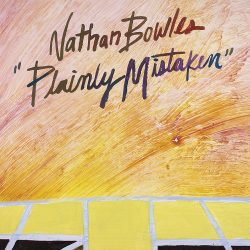 Drawing on Appalachian textures and filtering them through a trio format, acclaimed banjoist Nathan Bowles delivers his latest album, ‘Plainly Mistaken,’ with the addition of fellow band members Rex McMurry on drums and Casey Toll on double bass. Opening with a version of Julie (Driscoll) Tippett’s haunting ‘Now If You Remember,’ Bowles invites us along on a journey of ethereal soundscapes while stretching the limits of the instruments on display. END_OF_DOCUMENT_TOKEN_TO_BE_REPLACED

Drift Mouth’s singer/songwriter/ guitarist Lou Poster’s father was a West Virginia coal miner for 37 years.  When he retired around 2006, Poster presented him with a recording of covers and originals that celebrated a career that not many can do, and even fewer can excel and retire from.  On the strength of that project, after years of playing in cowpunk band Grafton, Poster, along with drummer Brad Swiniarski formed Drift Mouth and set about stripping their music down to its West Virginia/Ohio roots. END_OF_DOCUMENT_TOKEN_TO_BE_REPLACED 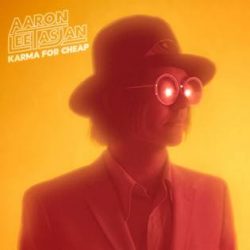 Listening to the second New West release – and fourth overall – for songwriter/guitarist/ sideman extraordinaire Aaron Lee Tasjan is an unexpected and glorious experience.  Inspired by pre-teen Southern California days riding around with his mom in her navy blue Volvo station wagon, ‘Karma For Cheap’ conjures not only the acid-fueled days of 1966 and 1967, but also the summers of 1988 and 1989 – the era when Jeff Lynne’s bright, clear production ruled rock radio in the form of the Traveling Wilburys, George Harrison’s ‘Cloud Nine,’ Roy Orbison’s ‘Mystery Girl,’ and especially Tom Petty’s ‘Full Moon Fever.’ END_OF_DOCUMENT_TOKEN_TO_BE_REPLACED 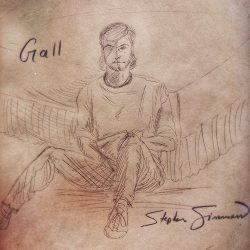 If you’re having a great day and feeling care-free, you may want to steer clear of ‘Gall,’ the new album by singer-songwriter Stephen Simmons. Recorded in his Tennessee home over the past year, Simmons plays all the instruments this time around, including acoustic and electric guitars, mandolin, keys, and harmonica.  Primarily though, ‘Gall’ is acoustic guitar driven.  The other instruments are used for colour, and very sparingly.  In fact, this lack of variety starts to wear thin by the mid-way point. END_OF_DOCUMENT_TOKEN_TO_BE_REPLACED 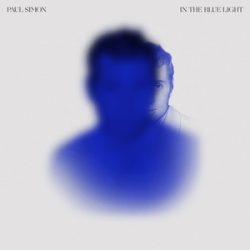 Almost two years following 2016’s magnificent ‘Stranger to Stranger,’ Paul Simon announced he was retiring from the road before embarking on the appropriately named “Homeward Bound – the Farewell Tour.”  Simon’s thoughts may have been on the past when he stepped in the studio to work on what would become his 14th studio album, ‘In the Blue Light,’ but he has found a way to reimagine that past without leaning on nostalgia; by taking apart and reworking both lesser-known and overlooked deep cuts from every stage of his solo career. END_OF_DOCUMENT_TOKEN_TO_BE_REPLACED