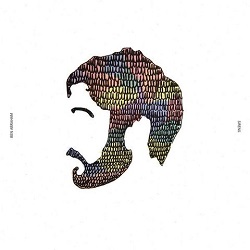 Ben Abraham first released Sirens in Australia in 2014; it has now been picked up for world-wide release and promotion by Secretly Canadian. Its thirteen songs have been described by Abraham as “a roadmap to my awkward and naive twenties”, and it’s clear from the first listen that these are more than randomly selected songs. Often under three minutes in length, occasionally under a couple of minutes, they are like chapter synopses or the soundtrack to a slightly off-kilter rom-com. As well as the usual paraphernalia of a band – various guitars, drums etc., Ben Abraham also makes use of chime bars and other “quirky” instrumentation giving the album a feel not totally dissimilar to Badly Drawn Boy, although without Damon Gough’s occasional rockier numbers. Vocally though Ben Abraham is sweetly toned, with the smoothness of a Chris Martin. Badly Drawn Coldplay, if you like.

As far as it goes this is all fine – there’s a polished acoustic throughout and Ben Abraham’s voice never grates – but, many of these songs are meant to be of heartache, of love given and torn-asunder. And there’s none of that, no pain, even when the words tell the listener that the depths of despair are being plunged that same listener is going to raise a Spock-like eyebrow to indicate a certain level of incredulity. The emotions, such as they are, feel airbrushed in, lost in a sweet sound and a jumble of meaningless lyrics. Take “Collide” where Ben Abraham proclaims “How many times will I fall? / Before I start to wonder if I’ll get to you at all. / I close my eyes and like a satellite / I throw myself at gravity and hope that we collide”. Elsewhere there is the total confusion of “Somebody’s Mother” where Ben Abraham discovers that “I’ve been a wife and a lover / I’ve been the backbone / I’ve been a dead zone / but I remember now that I’ve been somebody’s mother”. Whilst unexpected paternity can be credited it’s a little harder to believe in someone who isn’t aware that they have, on at least one occasion, given birth. That’s the kind of thing, I’m reliably informed, that tends to stick in the mind. Abraham’s other problem is his favourite metaphor – a wrecking ball – has already been trade marked by another artist. It’s hard luck but just as no-one can now use the phrase “blowing in the wind” without conjuring up Dylan that wrecking ball image has the same problem – sure maybe it’s shallow of me, but every time he sings it I see mental images of Miley Cyrus swinging naked, and licking a sledgehammer.

The lucky thing for Ben Abraham is that, although I find it bland and rather emotionally thin, there is a definite audience for an album like “Sirens”: his label probably has everything crossed hoping he can be the next James Blunt. Virtually every track could be sold to a suitable film or TV series – where a slightly sad and yet mildly pompous tune is needed – or they could maybe used to advertise almost anything. That’s fine, and if that’s what you’re looking for then it’s here.

Consistency can be a good thing – but an album has to have a great sound if every track is going to sound the same. Sadly Ben Abraham doesn’t have a ground-breaking new sound.