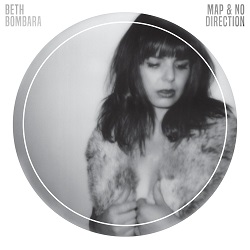 St Louis resident and punk rock refugee, Beth Bombara, might lack some of the credentials and accolades of her long-serving influences, Gillian Welch and Aimee Mann, but on this, her fifth album (sixth if you count her release with The Robotic Foundation), she delivers a collection of songs that strongly suggest that she deserves attention.

Opening with a grungy deconstruction of what feels like a long lost George Harrison song (he didn’t write it in fact, but precarious My Sweet Lord style slide guitar duly noted), Bombara’s dead pan, relaxed vocals and rootsy arrangements are, without making anything close to a radical mission statement, immediately engaging nevertheless. The title track (and a slew of other largely acoustic material) are altogether more arresting, however, and this is where Bombara really shines. The eerily economical arrangement of Sweet Time  is simultaneously unsettling and haunting, with the soulful What We’re Giving sounding distinctly like a Neko Case or Natalie Merchant outtake.

Closing the record with an obvious single is probably a strategically sensible, if cynical, move which is frustratingly out of kilter with the rest of the album. Notwithstanding, by adorning some really strong songs with an approach to production that is, elsewhere, refreshingly minimal, “Map & No Direction” is at worst likeable and in places (several of them…) hauntingly beautiful.

Fifth album from St Louis’ Beth Bombara benefits from a minimalism that makes it, at least in parts, a sparse and eerie gem.