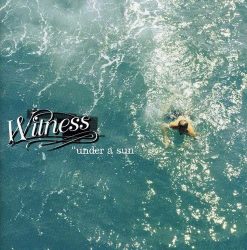 I fell in love with this album the first time it was played, it seemed faultless and distinct then (and still does two decades later) but never quite understood why it made such an impact for me. I had zero concept of Americana then, so was unaware that the fledgeling AUK made ‘Under The Sun’ its very first Album of the Year, in 2001. In reflection, that makes so much sense. If it was released in 2020 in the context of the Americana genre topicality, and marketed correctly, it would surely be hailed as one of the best UK Americana albums. Which I guess is what I’m now claiming?

“It’s almost impossible to describe the elation you feel on completing the first listen to ‘Under a Sun’– it’s not just that it’s the best album of 2001 but it’s not too strong to say that it’s easily one of the best albums released in recent memory.” Not my words, but a direct lift from the early AUK website, the words I suspect written by then and still AUK Editor Mark Whitfield? AUK also had them headline their Americana One day festival in 2002, The Guardian concluding that Witness “play a brand of countrified indie that veers from smouldering acoustic folk to stadium rock. Their 45-minute headline set perfectly encapsulates all that can be great about homegrown alt.country. Quite whether a collection of pasty young Brits – playing the music of a land most have never visited, never mind lived on – can ever truly be labelled alt.country remains open to question.”  We might still be pondering that one?

Some history. From Wigan, early talent was helped by knowing the other local band The Verve, a point not missed by NME, who gently jibed but also supported. Debut album ‘Before The Calm’ got excellent reviews, but no traction. It had a great sound, but it was strictly indie, with no memorable tunes. ‘Under the Skin’ though had tunes to spare, and a more expansive sound. Despite their default cynicism, NME said good things “Granted, it’s old man’s music” (surely a compliment?) “‘Under The Sun’ has an honesty, depth and a winning Big Music communality, Witness are weaving ornate tapestries” Despite record company push (two tracks on the American Pie 2 soundtrack) there were no hit singles, they were dropped before a third album, and broke up. Main man Gerard Starkie did solo stuff, and played live with Blue Aeroplanes, but Witness faded into obscurity.

This album had it all. A charismatic, uniquely voiced singer, great musicianship in distinct stylings, full, clear production and the fantastic tunes. Individual tracks haven’t been broken down here, this is a rare album in that it should be listened to as a whole, each listener finding their own gems. Which is where it gets tricky to encourage. ‘Under the Sun’ isn’t on any of the major streaming services, just Deezer. There are some second hand CDs on obvious sites. A few tracks have been uploaded to iTunes, where there are also a couple of dated official videos, (but good luck sifting, there are many artistes named Witness)

Looking at my CD copy (it wisely survived the decade old physical cull), I notice a promo sticker in words I couldn’t better “…a glorious rush of big tunes, surging choruses, effervescent guitars and universal lyrics 5/5 – Uncut” ‘Under the Sun’ deserves attention, even rehabilitation. Seek it out.