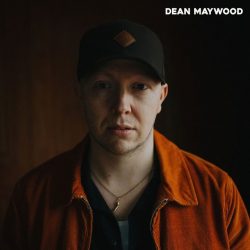 Dean Maywood is an Irish born singer-songwriter, who has played extensively live in both Ireland and the US.  This musical experience has influenced his musical journey with traces of bluegrass in his playing. His debut EP is heavily inspired by the so-called golden era of the 1970s and the music of his father who was also a musician in his own right. The five tracks cover a lot of mixed emotions including joy, fear and heartache which are staple themes in the field of country music, especially from a debut singer-songwriter.

The second song ‘Knowing and Lying’ definitely falls into in the heartache portion of the EP, which basically says that’s there is a difference between not knowing the answer and just flat out lying to someone you care about.

The EP is simple in terms of production, it being a fully acoustic album, which reflects his time spent playing a huge range of live gigs of his own and supporting other artists. It’s nothing incredibly spectacular or horrible. For a debut it’s a good place to start but there is room for improvement.

A good starting point for a debut EP