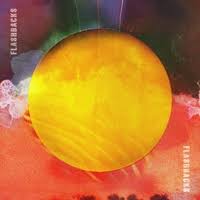 Well, well, well, just occasionally something floats into the inbox that holds the attention and makes the misery of the post-Brexit world disappear into the ether. Pond Diver ( name needs work I respectfully suggest) are just that thing with their new EP. Coming from the thriving Muscle Shoals scene they kick off with the luminous ‘Loosen Up’ which springs from some beautiful guitar shapes and tones and sports a gorgeous vocal turn with production featuring organ and bells and whistles to spare.

It is a full-formed anthem reeking of lighters held aloft and carefree summer nights. ‘Look Around’ is a pedestrian stroll with reverbed guitars full of fuzz and atmosphere drifting around a simple picked guitar motif. Daniel Lewey’s vocals are front and centre as he spins his melancholy tale and slowly the song builds to its heartbreaking climax and then slips, suddenly away. Great. Previously released single ‘Racecar’ is a jaunty Cars-like number that becomes an insistent earworm as the harmonies chime in and the horns come into play. Not afraid to change the rhythm the song seems to waltz between singalong and lament. ‘Over The Hill’ is not a nod to John Martyn but another narrative laden with melancholy yet still upbeat and filled with some subtle horns and harmonies.

There is a real sense of some fabulous songwriting going on here but not only that; the production is bright but unaffected, highlighting all the elements to the songs without emphasising any part more than another. The mood is consistent, giving a great impression of a band ‘sound’. The EP finishes with the highly atmospheric ‘House of my Youth’ a majestic almost gothic march – stately and mellifluous with some fantastic harmonies poured all over Lewey’s vocals in just the right places and the guitar solo is perfectly executed. There’s Neil here and conversely such a sense of the ‘Southern’ thing as the lament ‘finding my way back’ repeats and fades to black. Just fabulous.

This is a wonderful EP and the only reason for not giving 10 stars is that it’s an EP not a full-length album. What a debut! What a career awaits. Seek out.